End of an era as store chattels sold 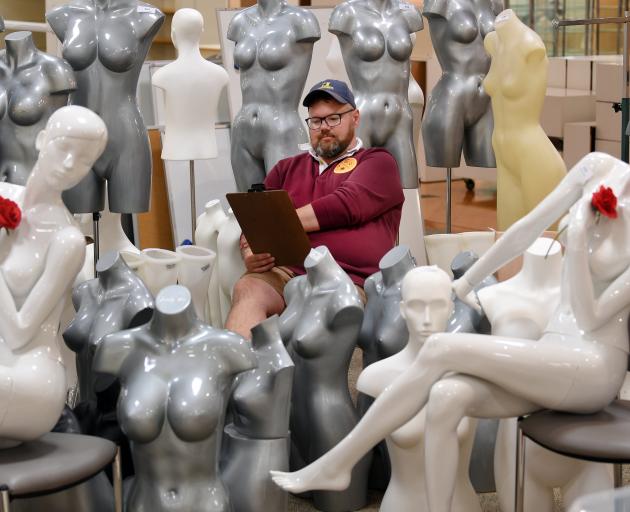 The biggest department store auction the firm had handled in at least 40 years was buoyant and the overall outcome, including prices, had "exceeded expectations", Mr Proctor said.

Only six of the 565 lots of former H&J Smith store fittings and chattels, comprising more than 5000 items, had not been sold.

The most striking aspect of the Saturday auction was the unusually large number of male and female store mannequins, which went to about 10 buyers, mostly store owners, in Dunedin and elsewhere in the country.

The mannequins had gone "really well", all having sold.

Two lots reached the highest lot price of $1500, a large cafe table and six cafe stools, while the cheapest items, including stationery, sold for $10.

Before H&J Smith bought the store in 2015, Arthur Barnett Ltd had operated it for 112 years.

The store closed last month and the auction was held in part of the premises, in the Meridian Mall.

About 60 people had attended in person and about 100 others participated in online bidding.

The five-and-a-half-hour auction started at 11am and used three auctioneers.

The earlier sale of Arthur Barnett and the closure of the H & J Smith operation at the mall was "an end of an era", he said.