End in sight for silty saga 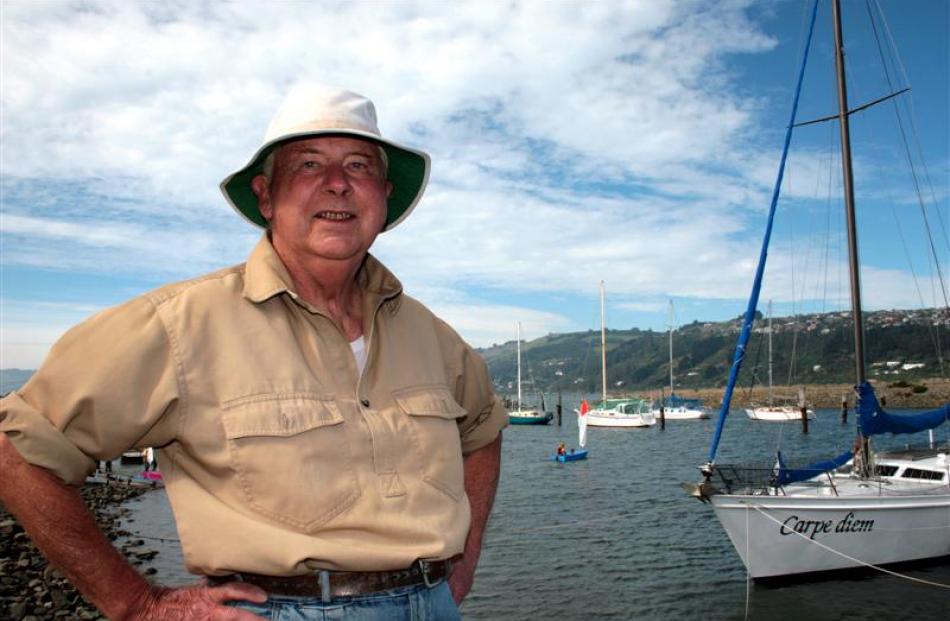 Otago Yacht Club commodore Geoff Murray stands above the club's marina. He hopes enough money can be raised to clear silt out of the facility. Photo by Dan Hutchinson.

The Otago Yacht Club may be close to fixing the bane of many boaties' existence. Dan Hutchinson investigates the silting problems that have prevented full use of Dunedin's central city marina and the solution that is tantalisingly close.

Otago Yacht Club members are ''optimistic'' they will finally be able to dredge their marina and end many years of frustration for boat users.

The Otago Regional Council has granted a resource consent to dredge and dispose of spoil - a consent that can be used by any of the organisations using the Boat Harbour Recreation Reserve. Yacht club commodore Geoff Murray said he had records describing issues with silting up of the area from as far back as 1890.

For a long time the former Otago Harbour Board used to dredge and maintain the area to keep channels clear for recreational users but that stopped when it was commercialised (becoming Port Otago).

Mr Murray said the marina was now ''a city asset but the city doesn't want to know anything about it'' and the club had spent a lot of time over the last four years ''battling'' with the regional council and Dunedin City Council to find a solution.

Silt has found its way into the marina over the years, from the neighbouring Water of Leith and other places, to the point where access, even by small boats, is impossible at low tide.

Mr Murray said a sticking point had been how to get rid of the dredged spoil but the resource consent allowed the club to add it to the spoil from Port Otago, which had consents to dump harbour silt at Aramoana, Heyward Point and Shelley Beach.

The yacht club spoil would make up less than one-tenth of 1% of the total Port Otago material, he said.

''We are reasonably optimistic that things can go ahead from this point. It all comes down to cost at the end. If the [contractor's] price is too high that will be the killer blow. It has got to be affordable.''

The Dunedin City Council had contemplated using some of the spoil to create sheltering embankments along the shared cycle/walkway between the harbour and Ravensbourne, but Mr Murray said the club had no plans to dump spoil on land.

''The cost of dumping on land is a killer - about five times the cost of sea removal. We looked at land dumping and if that has to happen then we won't be doing it.''

Clearing the marina of silt would allow for an extra six berths for large yachts and would also mean recreational sailors, including children's groups, would be able to use the facility all the time.

Mr Murray said it was often the only place sailors could shelter when the weather picked up.

Dunedin was also a popular place for international sailors to visit and many left their vessels here over winter because it was one of the few places in the South Pacific where people could be sure their vessels would still be there when they returned, he said.