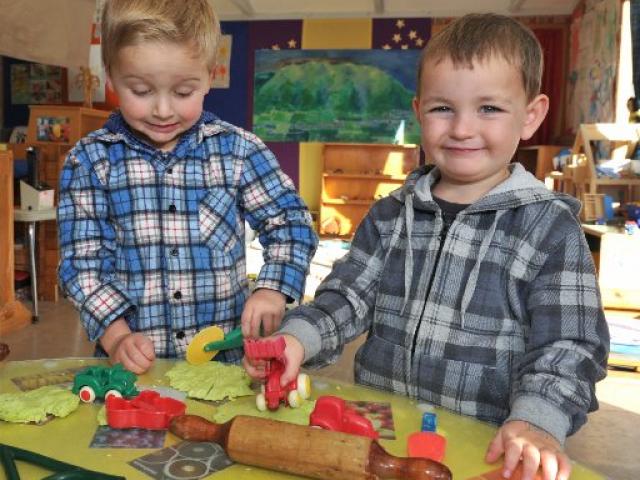 The Outram Playcentre is the latest in a growing list to say it is struggling to stay open because of a lack of numbers.

South Dunedin cat Bogart can still lay claim to being the oldest cat in town, as definitive proof of age eludes several other contenders.

Dunedinites are being warned not to ''let your dog go wild''.

The Outram Playcentre is ''seriously close to being closed'' because of a lack of children and parents to run it.

YouthGrow has been producing vegetables, flower plants and well-grounded human beings for 13 years.

Information technology and the aged-care sector are expected to continue to be big growth industries in Dunedin over the next 15 years, but the city's future prosperity could go either way, a group of business academics say.

At the age of just 13, Dunedin man John Foster was signing up to do his bit in one of the most dangerous arenas of World War 2 - the merchant navy.

Competition in the student rental market is heating up with more than 100 properties still available in traditional student areas.

Dunedin residents who still experience painfully slow internet speeds are hoping they will not miss out again on government funding being doled out over the next few months.

Some Tahuna Intermediate School pupils and their teacher are hoping to make Anzac Day extra special for veterans this year.

Orokonui Ecosanctuary has been steadily building its place in New Zealand's conservation network since it was fully enclosed with a predator proof fence in 2007. Now, it has taken another big leap...

A project to link Mosgiel and Dunedin with a cycle and walkway by using abandoned train tunnels could be moving up the Dunedin City Council's priority list this year.

They have hundreds of hungry mouths to feed and now Dunedin charity FoodShare needs more volunteers and sponsors.

The former Karitane Home for Babies - built in 1938 - is itself being reborn and has also been entered on the New Zealand Heritage List/Rarangi Korero as a Category 1 historic place.
A new bike library in North Dunedin is all set to go - it just needs somewhere to call home.

Descendants and family members of Otago Peninsula soldiers who died in World War 1 will gather around their memorial again today.

Hundreds of yellow-eyed penguins are still shuffling around today thanks to the efforts of Dunedin veterinarian Tony Malthus, who has been stitching them up for 15 years.

A group advocating the reopening of old train tunnels as a cycle route between Mosgiel and Dunedin is questioning the Dunedin City Council's priority list.