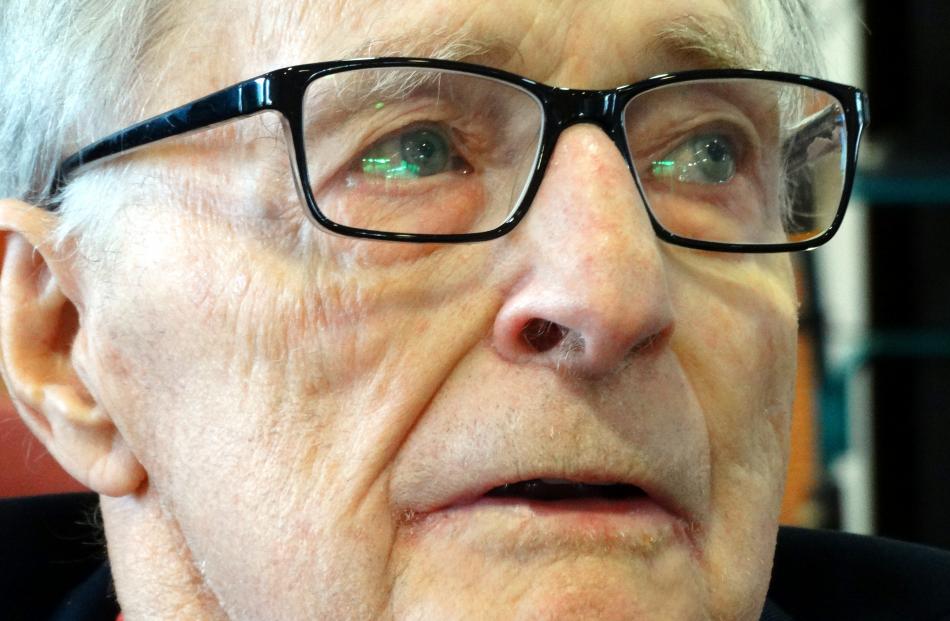 John Foster talks about his service in the merchant navy during World War 2. He received many service medals, including the Ushakov medal from the Russian Embassy, presented to him on Anzac Day, for his service on the Arctic convoys. Photo by Dan...

At the age of just 13, Dunedin man John Foster was signing up to do his bit in one of the most dangerous arenas of World War 2 - the merchant navy.

On Anzac Day, his services in the Arctic convoys were rewarded with the Ushakov (service) medal from Russian President Vladimir Putin, via the Russian Embassy in Wellington.

After a long period of training and living in the cold climate of northern Wales, at the age of just 16, Mr Foster began his service as helmsman on Liberty ship SS Samgara.

Having already endured the Battle of Britain as a boy, he was itching to do his bit and followed his older brother into the merchant navy at the earliest possibility.

He said he would have preferred to join the RAF but the age limit was 16.

His first mission took him right into the danger zone when SS Samgara was assigned to an Arctic convoy to Kola, delivering weapons to the Russians.

Helmsmen were not able to leave the wheelhouse, even when being fired on by enemy aircraft, and air attack was not the only problem, with U-boats and surface boats also a constant threat.

Mr Foster said 12 boats in an earlier convoy were lost but they were lucky because they arrived late and joined the next convoy, missing the bombardment.

On the return journey, two vessels in his convoy were lost. He also took part in D-Day operations, carrying high-octane fuel to the allied troops.

Later in the war he served on SS Telapa and he has fond memories of delivering the first shipment of bananas to England in five years.

He recalls that, after arriving in his home port, he received a fair amount of attention from other passengers on the train because he was carrying bunches of bananas under his arms back to his home.

He said the younger children did not even know what they were.

His brother Geoff was lucky to survive two sinkings during his stint in the merchant navy, and was on the ill-fated Dunedin Star, which grounded under mysterious circumstances off the Namibian coast. Several books have been written about Dunedin Star.

Mr Foster said Dunedin Star piqued his interest about New Zealand and after the war he moved here and became a fisherman.

The Ushakov medal was presented to him in a special ceremony at Radius Fulton Care Centre on Saturday by his friend of more than 50 years, Jim Loan.