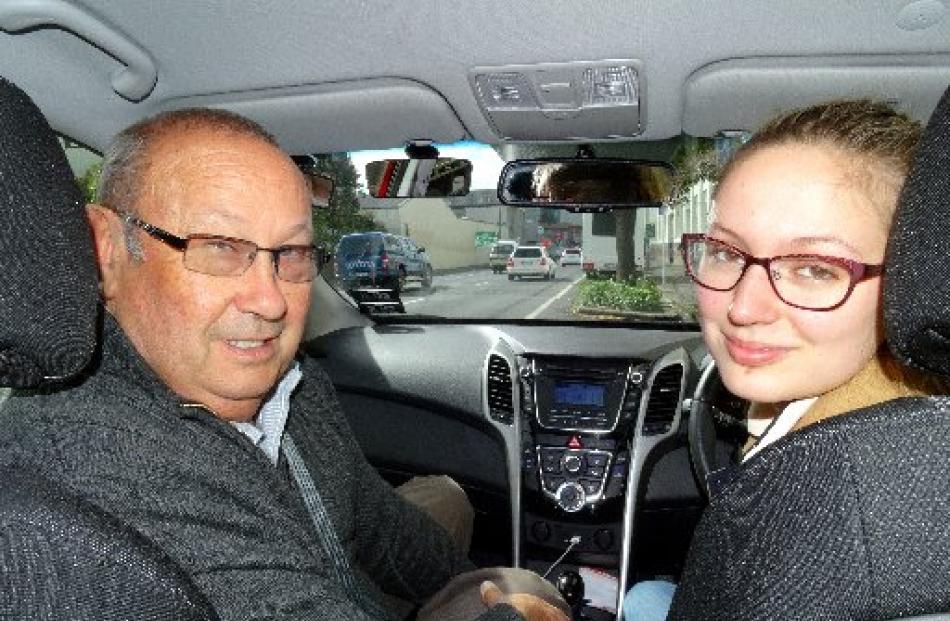 Driving instructors believe learner drivers in Dunedin are better prepared than those in many other places.

Pass rates for those attempting the practical test for their restricted licence are higher in Otago and Southland than anywhere else in the country at 69%, according to figures provided by the New Zealand Transport Agency (NZTA).

For just Dunedin City, Central Otago and Waitaki districts the pass rate is similar at 68%. University of Otago student Isabella Crawford (19) is hoping she has done enough to boost that statistic.

She will sit her test on March 30 and was behind the wheel of a J Pine Driver Education car yesterday.''

I started seriously training about a year ago.''

Her instructor, Jim Pine, said drivers in Dunedin were probably better trained and that was reflected in the results.''

I have noticed a big improvement in kids coming to me.''

Mum and dad have taught them right through and then they have come to me for a brush-up.''

Miss Crawford, who hails from Wanaka, had been at boarding school in Dunedin which made it hard to get regular lessons from her parents.

Mr Pine had helped her pick up on things her parents overlooked, such as checking her mirrors regularly.

Shefound it useful having lessons in Dunedin because it was much harder than driving onless-congested Wanaka roads.

Mr Pine said the number of learner drivers coming to instructors had increased in the past two years because parents knew it was now much harder to pass the practical test.

When we first started [the new practical test] in February 2012 the [national] pass rate [percentage] was in the 40s. [People] not understanding what the new test was and simply rocking in and driving at the old standard.''

The average across the country was now 60% of people passing on their first attempt at gaining their restricted licence.

He said they tried to keep testing conditions the same across the country but there were many factors that could influence the pass rates.

They did not offer tests in towns where traffic volumes were not high enough and in larger cities such as Auckland they chose routes that represented other testing conditions around the country.

Ace Academy of Driving owner Clive McKane said he was not sure why the pass rate was higher in Otago because the tests were no easier.