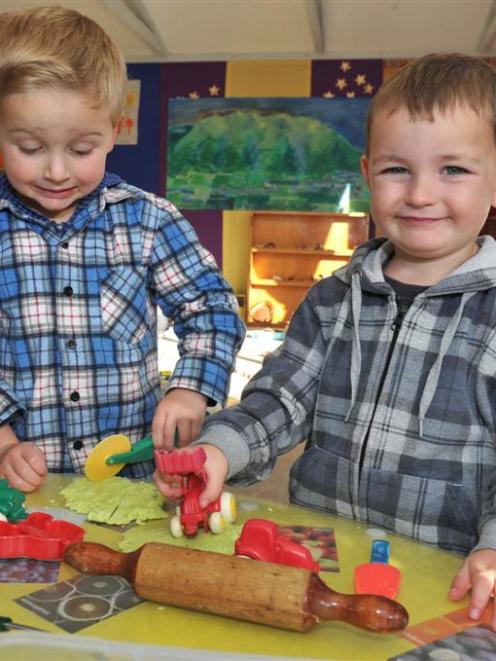 Playcentre president Rachel McNeill said the Tuesday play group had to be dropped late last year and now the Thursday and Monday morning sessions were also in doubt.

The playcentre met last Wednesday to elect a new president, secretary and treasurer and had also decided to wait until the end of June to see if another day needed to be cut, she said.

''Numbers are obviously not big enough to sustain the funding and to cover the wages of our two tutors.''

She was not sure why numbers had declined but it could be because more mothers were returning to work while their children were still preschoolers.

The centre is based around parents coming along with their children although it can provide care as part of the Government's free child-care scheme.

The playcentre needed nine or 10 families to make it viable but had lost about four over the past year and had only six families involved.

''The Taieri has a wee bit of a transient community because of the dairy farmers. Each June you get the new group of people coming through and people get more busy too.''

To try to recruit more families, the centre would be delivering flyers to the community letting people know about it.

The centre - next to Outram School - was built by the community about 50 years ago.

''[The flyers] are an SOS sort of thing, to get the community behind us a bit more because a lot of people probably don't even know we are there or what we provide for people.''

She said people did not have to be on the committee but the more people there were to help, the less work it would be for everyone.

The playcentre is open on Mondays for introduction-to-school sessions from 11am to 3pm and open to any preschoolers on Wednesdays and Thursdays from 9am to noon.