Playcentre hit by lack of numbers 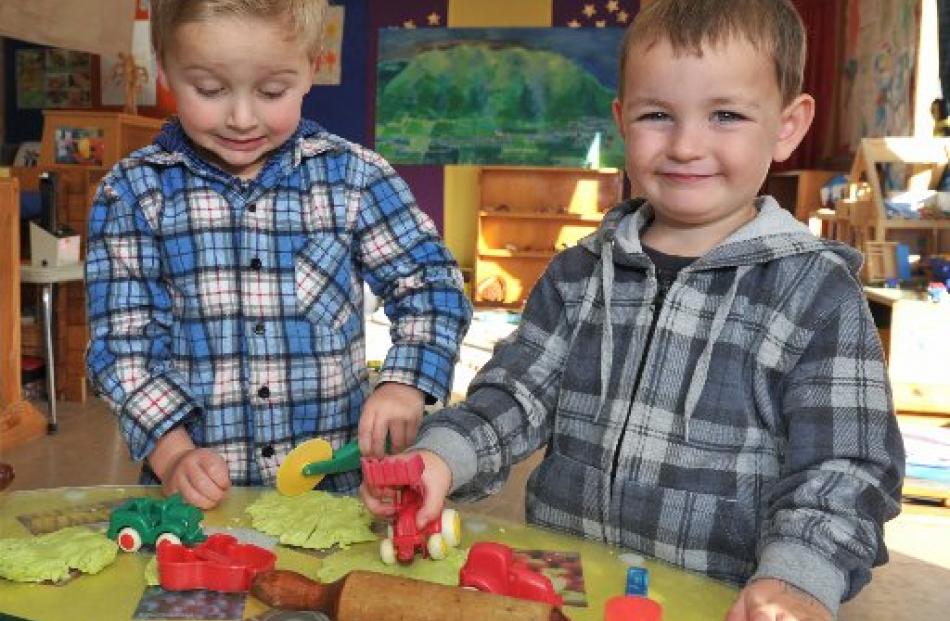 The Outram Playcentre is the latest in a growing list to say it is struggling to stay open because of a lack of numbers.

Playcentre president Rachel McNeill said the centre was ''seriously close to being closed'' because of a lack of children and new parents to run it.

It dropped Tuesday play group late last year and now the Thursday and Monday morning sessions are also in doubt.

Otago Playcentre Association operations co-ordinator Antoinette McLean said there was a drop in the number of playcentres nationally but they were working to arrest that.

''There is a restructure within the whole federation which is just under way at the moment and some positive changes to be made so we can move with the current times but without losing the philosophy of playcentre.''

In Dunedin there had been some playcentre closures, some that had gone into recess and some that had become playgroups, Mrs McLean said.

She said there were also some ''really strong centres in Dunedin'' that were ''really thriving''.

''It is a trend with kindies as well - their numbers have dropped too. That is a known fact and I think that is due to more daycares being opened up or more parents needing to work.

''I think it is a whole general change so everyone is very aware of that. We are just trying to address those needs and adapt to keep the success of playcentre going without losing its philosophy and meaning.''

It was also a great way to meet other people.

Mrs McNeill said their numbers were not big enough to sustain their funding and to cover the wages of two tutors.''

She said they needed nine or 10 families to make the centre viable but had lost about four over the past year and now only had six families involved. They would decide on changes to the roster at the end of this month.

''The Taieri has a wee bit of a transient community because of the dairy farmers. Each June you get the new group of people coming through and people get more busy too.''

To try to recruit more families, the centre would be dropping flyers out to the community, letting people know about it. The centre - next to Outram School - was built by the community about 50 years ago.

Mrs McLean said playcentres that were struggling with numbers needed to ''keep promoting, keep sharing the knowledge among the parents'' until more parents with young children came through.