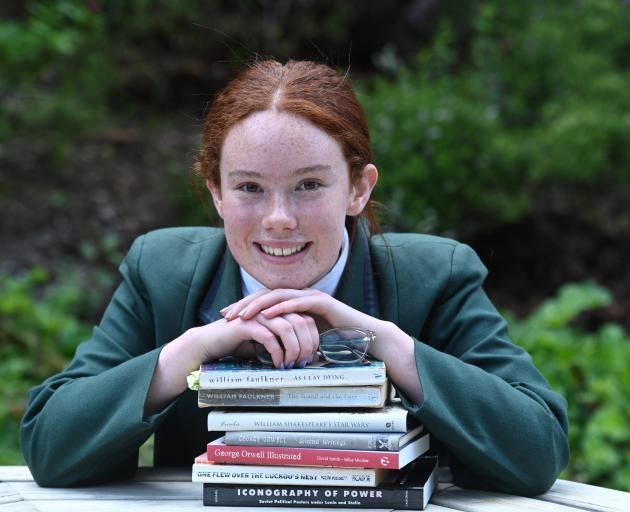 Fraser gained the top year 12 mark in New Zealand in the recent International Competitions and Assessments for Schools (ICAS) English examination, and credits her success to her love of reading.

The Columba College pupil was one mark short of a perfect score, and will travel to Auckland for a medal ceremony next month.

Isobel said the high mark came as a surprise.

"I took the exam and didn't think about it afterwards until I heard I had the top mark in New Zealand. I was shocked.

"I have always loved reading so I guess that helps."

The ICAS English exam involved answering 60 multiple-choice questions, with 27 pupils sitting the exam at the school.

Isobel was also heavily involved in debating and was one of three Otago pupils selected to attend the New Zealand Schools' Debating Championships in Wellington earlier this year.

She did not know what life after high school would bring, but she had an interest in astronomy and politics.

She was half-way through sitting exams in physics, chemistry, biology, history and maths.

"NCEA often makes you choose a distinct subject of focus, but I wanted to stay well rounded."

"She's a thoughtful, intelligent and questioning English student who is fully engaged in the world of literature and the world around her.

It was wonderful to have a student who excelled in both the fields of humanities and science, she said.

An ICAS spokeswoman was unable to confirm the number of pupils who sat the exam nationally.