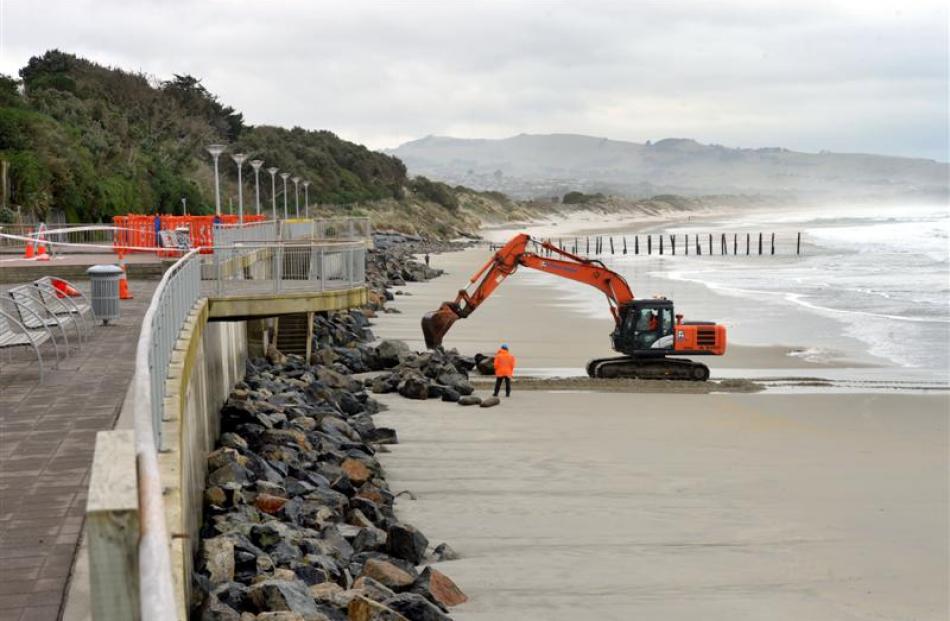 A digger (top) works to clear rocks from the bottom of the St Clair sea wall yesterday in search of the source of slumping behind the wall this week. Photos by Stephen Jaquiery/Linda Robertson. 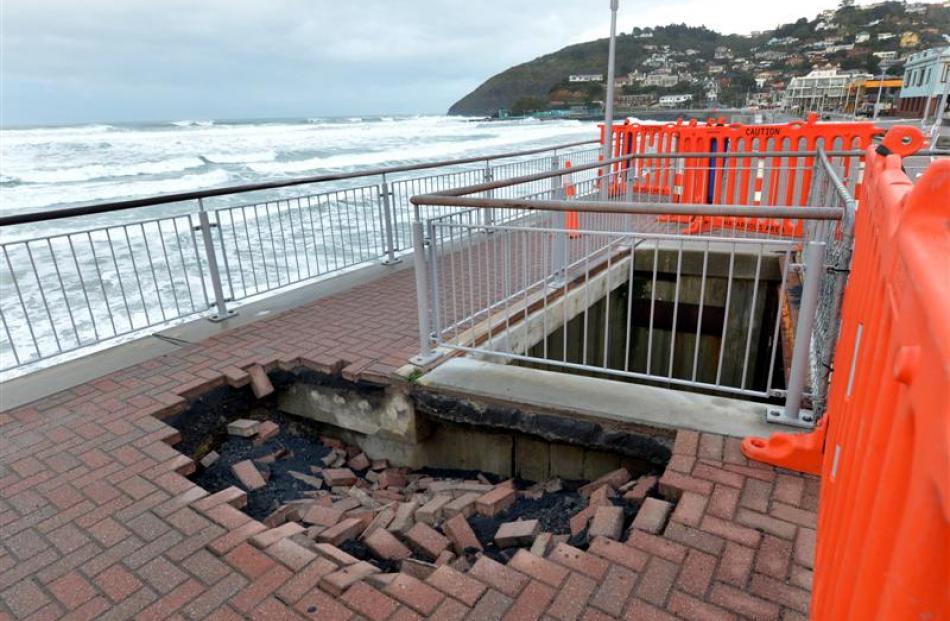 The hole in the Esplanade that appeared on Thursday. 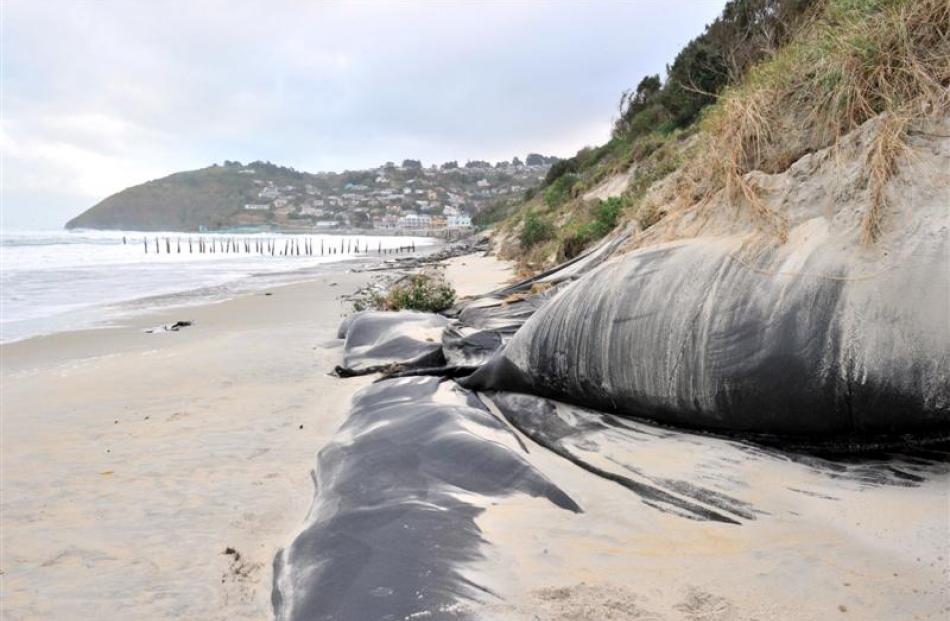 A hole that opened up on the Esplanade at St Clair is hoped to be an isolated incident related to water getting in by the old surf club ramp, rather than low sand levels in front of the sea wall.

Dunedin City Council roading maintenance engineer Peter Standring says he believes a 50cm-deep hole that appeared on Thursday was the result of leaks in a wall along the side of St Clair Surf Life Saving Club's old access ramp, which is still partly exposed to the sea.

''We think there's been a slow seepage over time through tiny gaps and leaks in the wall.

"This has created a void beneath the ramp and, with the rattling and vibration [from high seas] over the last couple of nights, the soil above has slumped down into the void.''

The hole did not seem to be getting bigger and was stable, Mr Standring said last night.

''I'm reasonably confident it's not going to get any worse.''

He planned to reduce the roped-off area to around the beach end of the old ramp, so people could walk through to the new ramp at the east end of the Esplanade over the weekend.

A series of large holes that appeared in the same area in May 2013 were caused by sand depletion in front of the sea wall, which allowed fill to be sucked out from under the Esplanade paving.

The council spent about $680,000 repairing the walkway, removing the end of the old ramp, which was contributing to the erosion, adding sheet piling to make the sea wall deeper and placing tonnes of rocks at its foot to deflect sea energy.

Mr Standring said a digger cleared the rocks from in front of the wall yesterday so it could be inspected.

Workers found there was still 1.5m of sand above the foot of the wall, which was not damaged.

''Everything seems to be still sealed up well, so we put the rocks back again. This [latest hole] was not caused by sand issues.''

The hole would be monitored over the weekend and on Monday contractors would begin to fill the void, seal any remaining gaps and start pulling up paving either side of the ramp to check the soil to see if there's ''not any other void under there just waiting to happen'', before resetting it.

The void, which could be viewed only with a camera, was known about when remedial work was done last year, but a ''significant amount'' of concrete pumped into it through holes drilled in the ramp filled it about two-thirds and was thought to have sealed it off.

It would now be completely filled.

He acknowledged someone might have stepped into the void and that was a concern.

The council was keeping a close eye on sand levels and would keep a closer eye on the pavers as well.

''We've got a particular issue around the ramp area, but hopefully this will not happen again.''

The hole was not affecting the structural integrity of the seawall.

The council was working out a long-term solution for protecting the wall from sand loss, but occasional maintenance would be needed in the meantime.

High tides over the past week had also exposed sand sausages further along the beach, including several older sausages ripped open during similar high tides several years ago.

Those would also be monitored over the weekend, as it was pointless to tidy them up or cover them over again while the high tides continued for the next few days, Mr Standring said.