The session also involved a "foreign object damage" walk on the tarmac and surrounding areas, which involved looking for items that could damage an aircraft.

Those could be things that fell out of a person’s pocket while boarding a plane, items blown on to the airfield, or items left around during operational duties, airport safety and compliance manager Quentin Blair said.

"Worldwide, [foreign object damage] costs in excess of about $13billion, directly and indirectly, to aircraft and the industry." 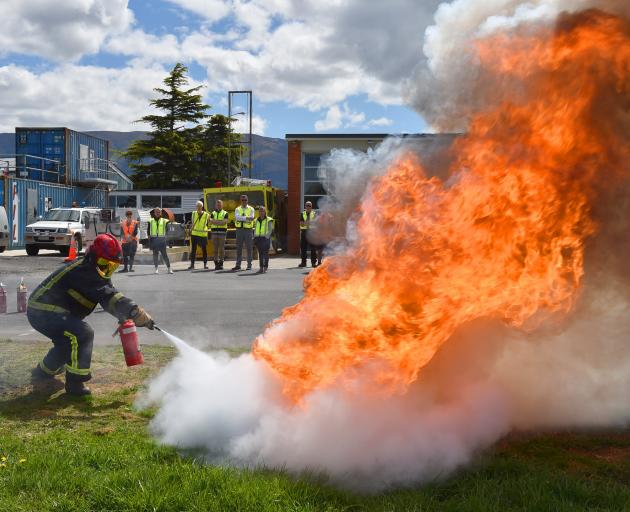 Airport Safety Week is an annual initiative that involves airports across New Zealand and Australia.

It was about refocusing and ensuring every element of airport safety had a "lens on top of it", Mr Blair said.

"Collectively, we can all be safer together."

This year, Dunedin, Invercargill and Queenstown airports had worked together and shared resources to ensure they were working in unison, he said.

"It ensures that if any air crew go to any different port, things are going to be exactly the same."