Faith and family keys to marriage 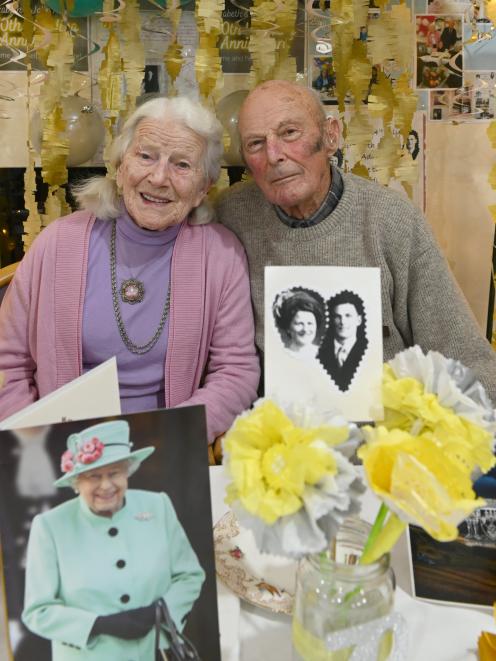 Ready for their 70th anniversary on Saturday are Elizabeth and John Adam, in Dunedin yesterday. PHOTO: LINDA ROBERTSON
A faith in God and a strong family are what this Dunedin couple say has kept them together for 70 years.

Elizabeth (91) and John (96) Adam will celebrate their 70th wedding anniversary on Saturday.

Mr Adam said they spent most of their life on a farm in Otokia, near Henley, but had moved to a rest-home in Maori Hill more than five years ago.

Mrs Adam, nee Heads, said keeping a long and happy marriage was important, as they realised they were acting in God’s presence.

The pair knew each other from a young age and married in 1951, she said.

They were fond of the outdoors and in their youth spent much of their time working in the sheep yards.

Their wedding, which took place at a registry office in Invercargill, was simple but good, she said.

They honeymooned in the North Island, where they travelled around the Rotorua area.

With seven daughters, there was no shortage of men around the house and he often got them out helping on the farm, he said.

Nowadays, the couple spent their time socialising with family, keeping up with church and knitting, Mrs Adam said.

Her husband was a much faster knitter than she and often made two to three dish cloths a day.

The hobby served them well as a way to keep their hands active and create gifts to share with their friends and family.

Family members would be meeting on Saturday for an afternoon tea with the couple to celebrate the special day.

Congratulations to the happy couple