Family fun for all at Party in the Park 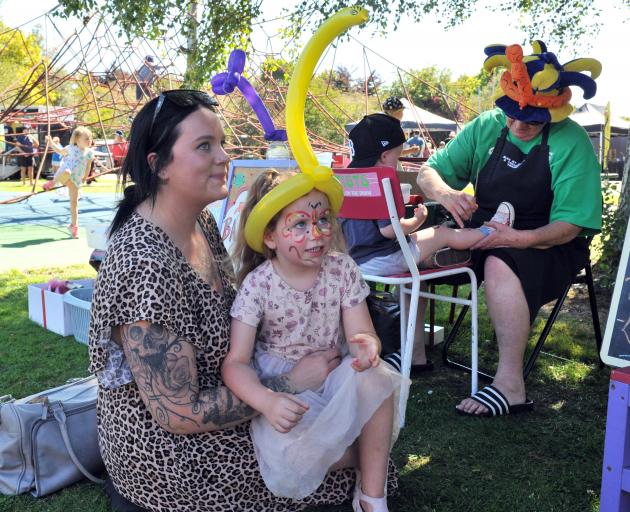 Festival of the Plain chairman Ian Chalmers said the popular annual event, running since 2006, offered free family entertainment, including use of the park’s upgraded playground.

"There’s something for everyone.

For people who felt like shopping for a wide range of items, including food and decorative stones, more than 50 stalls were available. 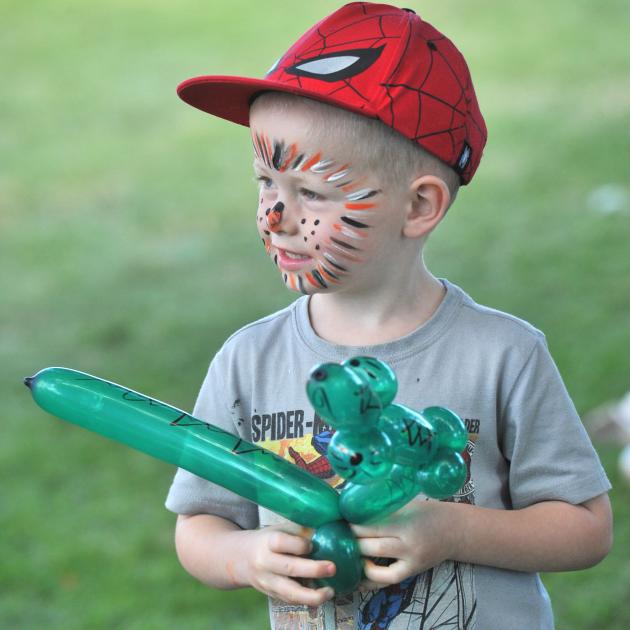 Alex Gould (4, above), of Green Island, holds on tight to his balloon animal.
Many key community organisations, including Neighbourhood Support, Fire and Emergency New Zealand, and the Mosgiel Taieri Community Board, also attended to raise awareness and explain their roles.

Mr Chalmers said the successful switch back to the gardens park venue from Peter Johnstone Park was continuing in its second year.

Stall numbers were up on last year and more use had been made of nearby trees to provide shade for them.

The event was "pretty good", a happy day which had also enabled them to catch up with friends, they said.