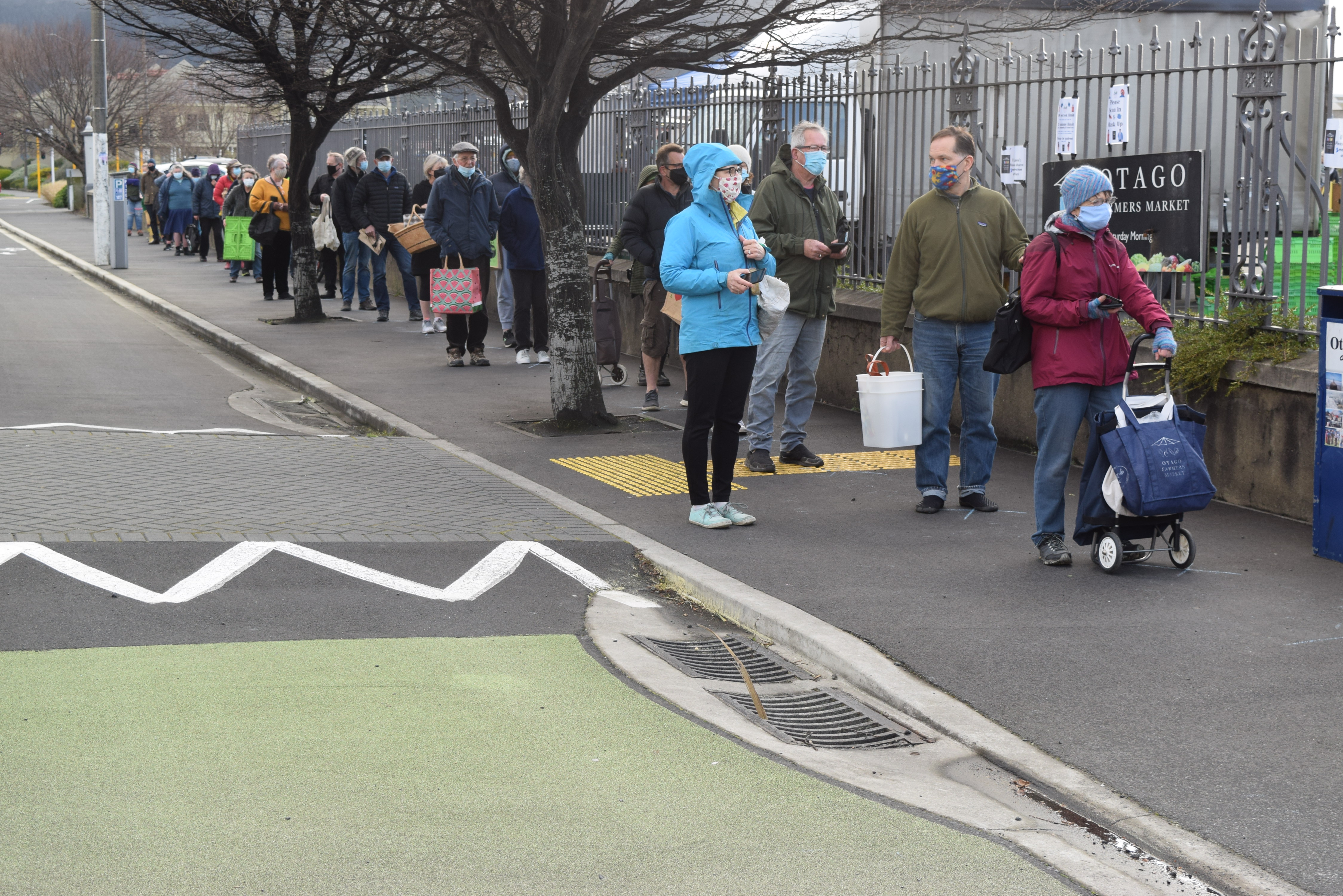 Shoppers queue to enter Otago Farmers Market in Dunedin this morning. PHOTO: SHAWN MCAVINUE
One of New Zealand’s biggest farmers markets could be more like a ghost town in Dunedin today.

Open-air farmers markets are limited to 100 people at a time under Delta Alert Level 2 rules.

And if the rules were not relaxed, a scaled-back Otago Farmers Market could spell the end for some vendors, market manager Michele Driscoll said.

The market had plans in place to adapt this week, she said, but the new rules were not sustainable.

‘‘I can completely understand why there are tougher restrictions this time around, we’re dealing with Delta. But we’re a big open area, and it’s outdoors, and there needs to be some flexibility with different areas.’’ 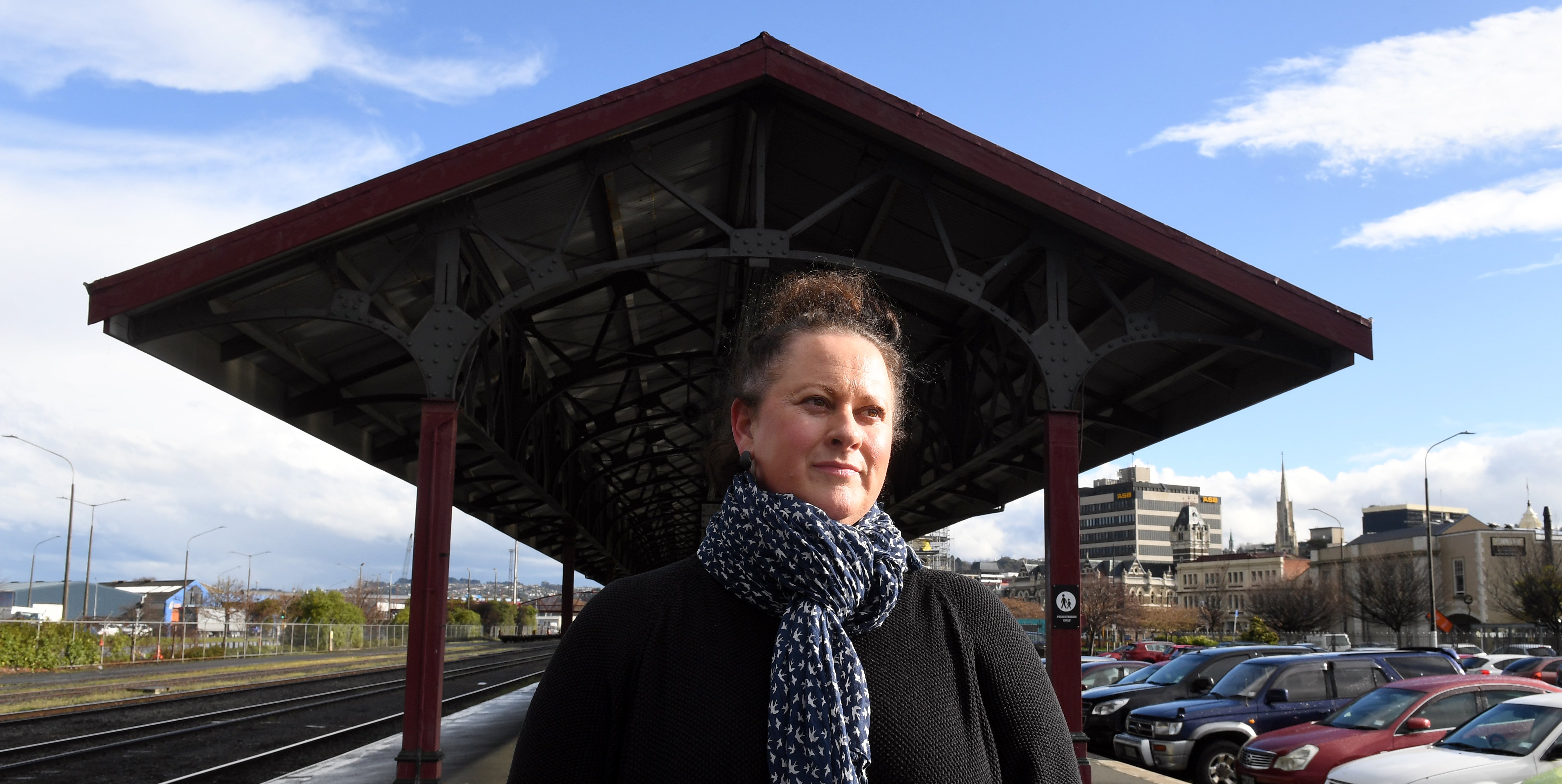 Organisers were asking people to ‘‘shop and go’’.

Under Alert Level 2 last year, the farmers market was able to operate so long as it could ensure 2m of distancing for customers.

Market chairwoman Sharyn Crawford said the trust wanted recognition that for shoppers at the market it was no different from going to a greengrocers or a supermarket.

‘‘It’s just that this happens to happen once a week and over a period of four to five hours.

‘‘The bigger picture to this is it’s about access to local food. It’s about the local economy and it’s about food resilience.’’ 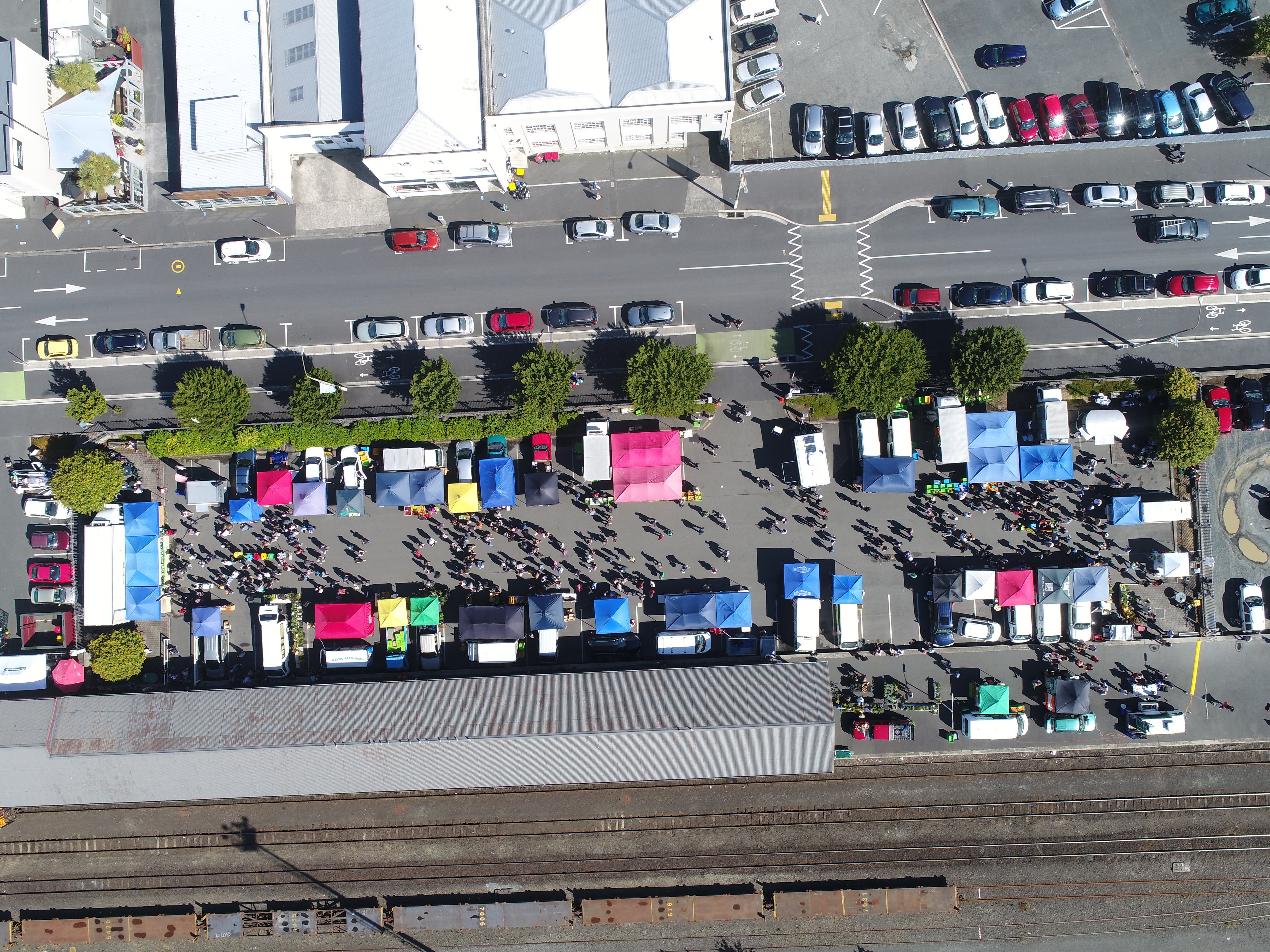 The first Otago Farmers Market of 2021 attracts hundreds of shoppers. PHOTO: STEPHEN JAQUIERY
The Otago Daily Times asked the Ministry of Business, Innovation and Employment if it had heard similar concerns voiced by organisers of other farmers markets and whether Dunedin’s market could get an exemption.

A spokeswoman confirmed Government guidance stated farmers’ markets could open, there could be no more than 50 people indoors, or 100 people outdoors in a defined space.

If food was served to be consumed, there must be seating.

The advice for retail stores and supermarkets was they ‘‘may limit’’ the number of people allowed on their premises to help with 2m physical distancing, she said.

I feel there's a certain amount of mischievous and willful ignorance from certain parts of society being used to grizzle about why they don't have to make an effort. Folk have had 18 months to answer the question about how to make stuff work in these times, and a return to lockdowns was always on the cards. Instead of hearing about smart, agile, entrepreneurship, and valuing needs of others before ourselves, we're getting the opposite. You can complain about adversity or you can do something about it, but it seems even that isn't good enough!

The answer might be quite simple. Expand the market into two parts. One where it is and the other in the large car park across the railway. The only likely problem will be the DCC; they won't be able to compute the logistics.