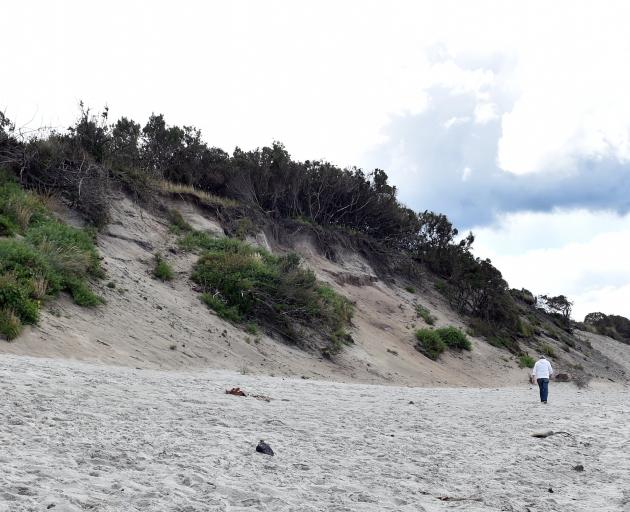 Sand dunes at St Clair beach looking towards St Kilda Beach. PHOTO PETER MCINTOSH
More than 2000 people have had their say about how Dunedin’s coast should be managed.

The final round of public engagement about the St Clair to St Kilda coastal plan finished on Friday last week and attracted more than 250 responses.

This took the total number of feedback responses to more than 2300, when other rounds are added in.

The plan is aimed at establishing a vision for how the coast should be managed in the coming decades.

Issues include erosion, the vulnerability of the St Clair seawall and potential exposure of an old rubbish dump near Middle Beach.

Some retreat from Dunedin’s coastline could be favoured in the long term, described as undertaking works to accommodate coastal processes, allowing the sea to move landward.

An approach labelled ‘‘hold the line’’ would be needed in places, at least in the interim.

Feedback for the DCC was received at public meetings, workshops, drop-in sessions, online and through schools and the University of Otago.

The most recent round had yet to be fully analysed, council coastal specialist Tom Simons-Smith said.

Based on an initial review, there had been a high level of support for the vision and management objectives of the plan, he said.

City councillors are due to consider the plan next month.