Feedback may lead to redesign of cycle path 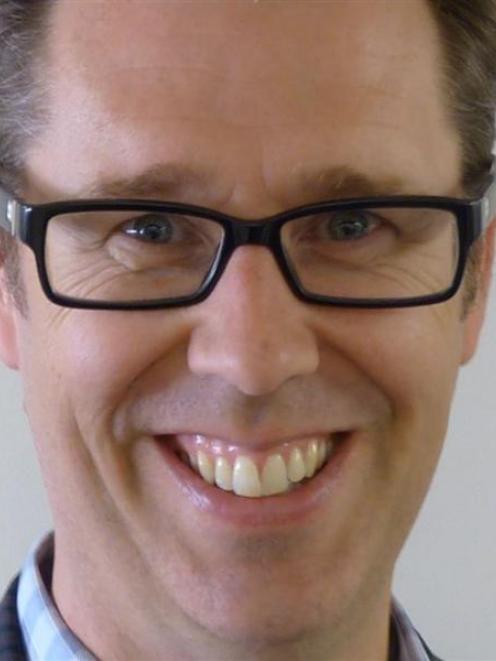 Gene Ollerenshaw.
The Victoria Rd section of the $4.5 million South Dunedin cycle network may be redesigned, in the wake of strong community concern about its safety.

The Dunedin City Council said yesterday while ''option one'' - a 3m-wide shared walk/cycle path - was still in the mix, residents' fears for the safety of the plan meant other options were being considered.

''The question of how far on the table it is, is still to be determined.

''We will look at that with all the other options.''

Some Victoria Rd residents have complained the council plan to install a shared walk/cycle path on the sea-side footpath of Victoria Rd was rushed and potentially dangerous.

In the original South Dunedin cycle network plan, which the council consulted on in 2012, the cycle lane to St Clair was to be on a gravel path along the dunes between Victoria Rd and the beach.

However, residents were informed by a letter drop in May the route had to be changed because of concerns about the structural integrity of the dunes, and sand on the path.

Two alternative options were proposed; either the shared walk/cycle path to the Esplanade, removing 38 car parks, or do nothing and end the cycle network at Kennedy St.

A council drop-in session was held, then a meeting organised by residents, at which concern was raised about the speed of the consultation process, and the safety of the plan.

In its latest move, the council has sent a letter to residents, which said the original intention was for staff to report the results of the Victoria Rd consultation to a council meeting on June 23.

But the letter, signed by transportation planning manager Sarah Connolly, said in acknowledgement of ''strong interest'', the council had decided to investigate further options and ''reconsult'' with the community next month.

''As a consequence, staff now intend to report outcomes of consultation to the infrastructure services committee when it meets in early September.''

Mr Ollerenshaw said staff were ''pulling together all the feedback'' received from community consultation.

They would ''regroup'', and develop a response.

Possibilities included a combination of a ''recreational'' route, alongside alternative measures such as lower speed limits.

The specifics of the new round of consultation had yet to be developed, but Mr Ollerenshaw said it would be robust.

Resident Andrew McPherson, who wrote a submission on the issue, said the decision to consult further was a positive sign.

''It's good they are listening to residents' concerns.''

But Mr McPherson could not agree with any option that included a walk/cycle path he said was ''dangerous''.

Any traffic-calming measures would be welcomed, but he called on the council to reconsider its thinking on ''cycling above and beyond anything else'' at a district plan level.

Rene Lammers, the chairman of a recent residents' meeting to oppose option one, said he also could not support any plan with a shared walk/cycle path.

''I see this move as them [the council] at least listening to people,'' he said.

However he was not sure the move was positive, and still had concerns about the health and safety aspects of the plan.