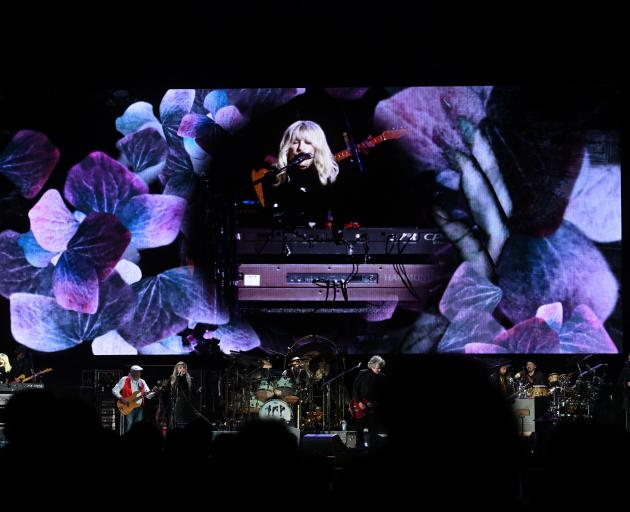 Photo: Linda Robertson
It was the stuff dreams are made of.

In barely two shakes of a tambourine, literally, Fleetwood Mac had the 30,000 people under the roof at Forsyth Barr Stadium wrapped around their little fingers.

There was plenty of anticipation in the lead up to the concert, largely due to the addition of Kiwi music legend Neil Finn to the line-up, and the rockers did not disappoint on what was the last show of their latest tour.

From the first notes of rollicking opening number The Chain, they knocked out hit after hit from their five decades of performing.

And if anyone had any doubt (and if you did, shame on you) that Stevie Nicks still had the pipes, rest assured.

The girl can SING. Her trademark witchy, ethereal stage presence was on full display, from big numbers like Gypsy to a beautifully stripped back and raw Landslide.

Finn brought a fresh energy to the stage, and from the massive grin on his face, it was clear he was having a ball.

The duets between him and Nicks were mesmerising, and in particular, their rendition of Crowded House classic Don't Dream It's Over.

Listening to a crowd bellow the lyrics back to the singers as the stadium was lit up by thousands of phone lights was really something special. No, you're crying. 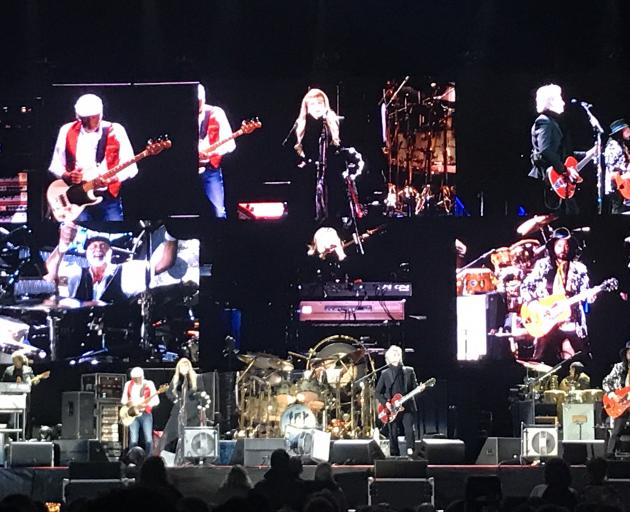 Photo: Linda Robertson
He was also a fan favourite, drawing adulation only equalled to that of Nicks. Greeting the crowd with a cheery "kia ora Dunedin" certainly didn't do him any harm.

After a strong opening trio of The Chain, Little Lies, and Dreams, the crowd did seem a little muted until a drum solo of epic proportions by Mick Fleetwood kicked things up a gear.

Tom Petty guitarist Mike Campbell, who was also added to the band after the departure of Lindsey Buckingham, shone on his guitar solos, as well as paying a moving tribute to Petty with Free Falling.

This was a band that, after five decades, break ups, make ups, drugs, hits, et al, is still firing on all cylinders.

And with Fleetwood's closing promise of "the Mac will be back", they're still clearly thinking about tomorrow.

Honestly - the sound system at the stadium is horrendous for live music. I thought it was just randomly bad at the Eagles concert, but it was just as bad at this concert also.