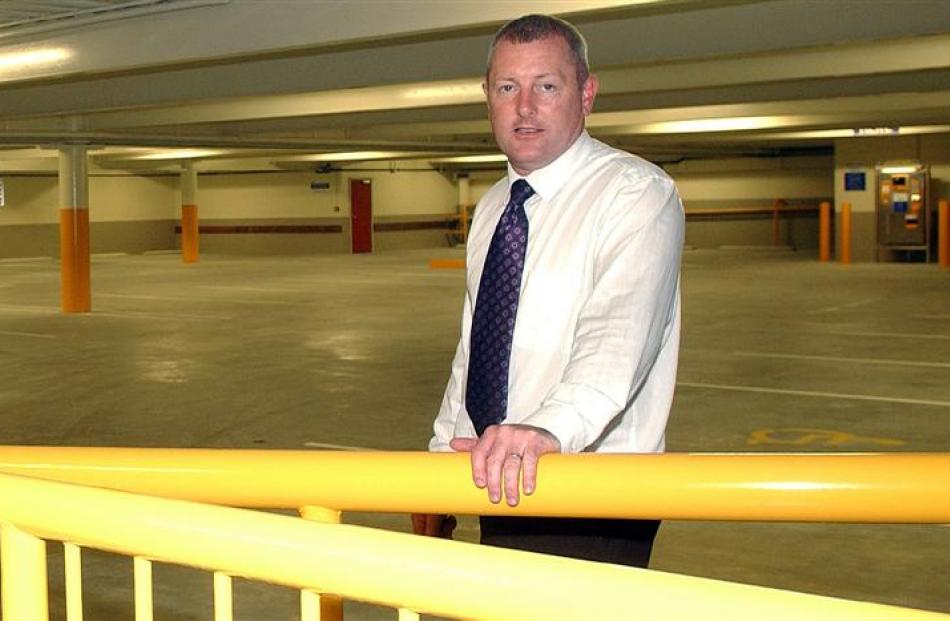 Brent Bachop died suddenly on May 21 after being approached about discrepancies within the Dunedin City Council's vehicle fleet.

A Deloitte investigation, launched days after his death, has since identified an alleged fraud within Citifleet involving the sale of 152 cars and the pocketing of proceeds totalling more than $1.5 million.

Yesterday, council chief executive Dr Sue Bidrose, in a message to all council staff, cautioned them to be ''prepared for the details being made public''.

''Many of you regarded [Mr Bachop] as a friend or well-liked colleague. This makes the investigation and its implications much more difficult to discuss, and to comprehend.

''People around DCC are still struggling to come to terms with events of recent weeks.''

Mr Bachop left behind three young children and a wife, Maria Smith, who declined to comment through a spokeswoman yesterday.

On June 1, she posted a simple message on Facebook: ''I have good friends, for which I am very thankful.''

Others close to Mr Bachop, spoken to by the Otago Daily Times, remembered him as a friend and colleague who loved his family, his classic cars, and keeping fit.

He rose through the council ranks over 25 years to take over responsibility for the council vehicle fleet, following the retirement of former manager Bob Heath, in 2003.

In his role, Mr Bachop was responsible for two related council departments - Citipark, which runs council car parks, and Citifleet, which manages the council's vehicles.

That included overseeing the acquisition and renewals programme for the council's 122-strong vehicle fleet.

Council staff have been left shocked at the well-liked manager's sudden death, although most were reluctant to comment.

One staff member, who declined to be named, said Mr Bachop's colleagues ''would really miss his laughing''.

''He was always smiley, warm, well-liked, widely liked, because, of course, he had something to do with almost everybody.

''Every time you wanted to borrow a car you would go down and he would often be down there and you would get it off him.''

Mr Bachop's world of cars extended beyond Citifleet to his private life and a love of American classics.

He owned several, including a 1959 Ford Galaxie said to be worth about $40,000, which he had spent years modifying.

Mr Bachop was also a member of the Conrodders Rod and Custom Club, and had been the club's president for the last two years, until his death.

Club treasurer Ivan Webster said Mr Bachop was a personal friend, but also a ''well respected'' club member, and his death came as ''a hell of a shock for everybody''.

''He was heavily involved with the car club and especially with his family. He loved his family.

''The devastation that obviously has caused them ...

"It's going to be hard for his wife to bring them [three children] up alone, but I think she's obviously got good support from her family and obviously, Brent's as well.''

Mr Bachop spent money buying and working on his cars, ''but certainly no more than anybody else'' in the club, and ''didn't seem to have cash that he would throw around'', Mr Webster said.

He had struggled to believe some of the rumours circulating since the Deloitte investigation became public.

''We want the good side of Brent put out there, so people can understand that he was a good guy who made a mistake.''

''He loved his kids, I know that much. He was very active with his kids. He spent a lot of time with them. It was a really great shock, what happened.''

Mr Bouman said he was not aware of anything untoward involving Mr Bachop or his spending on his vehicles.

Mr Bouman, who runs an auto mechanical workshop in Outram, had been about to start work on another of Mr Bachop's vehicles at the time of his death.

''He was supposed to come and see me, the morning after it happened, to talk about it.''

He paid tribute to Mr Bachop in a May 22 post on the club's Facebook page: ''Yesterday we lost one of our members. Brent Bachop.

''A valued, respected and well liked member ... His passing was sudden and tragic and we are quite shell-shocked.''

So, too, did another of Mr Bachop's friends, Fraser McGrouther, on May 24: ''This week I lost one of my best friends - Brent Bachop.

''We had many great times together running, cycling, adventure racing, at grease day, and just mainly being friends.

"Life will carry on but there will always be a huge void that you filled. Rest easy my dear friend. I miss you so much!''

Former Mayor Peter Chin, a close friend of Mr Bachop's parents, said he was supporting them through ''the aftermath of what Brent did''.