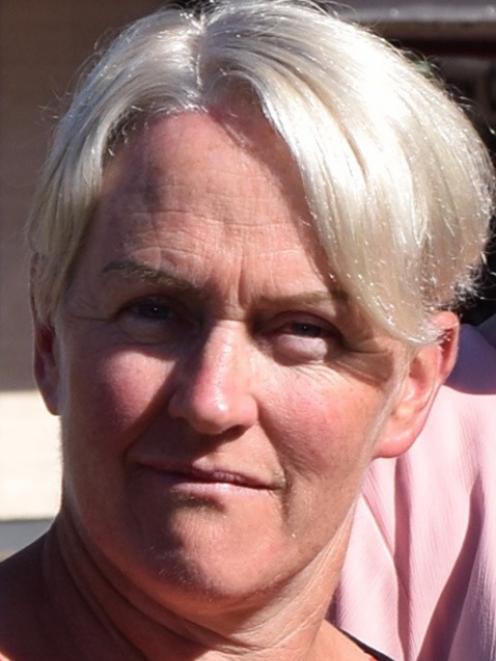 Jacqui Hyde. PHOTO: ALLIED PRESS FILES
An organisation has withdrawn its funding request to the Mosgiel-Taieri Community Board after board members raised concerns.

Board member Brian Miller said at the time the organisation had received $100,000 over three years from the Dunedin City Council.

Board member Brian Peat said he was concerned the group did not declare it had also requested funding from the Strath-Taieri Community Board.

The board voted to leave the request on the table until the next meeting, which was held last week, while it sought further clarification.

Since then, Ms Hyde has withdrawn the organisation’s request, citing Mr Miller’s comments.

In a letter, she wrote that the $100,000 was granted to the Saddle Hill Foundation Trust, not to Otago Neighbourhood Support.

"We receive a percentage of it to support a new project — Encouraging Safety Project and to contribute to the salary of a place-based co-ordinator for the Mosgiel-Taieri community," she said.

"I believe that Mr Miller questioned our integrity and that of our organisation."

At last week’s meeting, board chairwoman Joy Davis did not participate in discussion as she is the organisation’s regional co-ordinator. Deputy chairman Dean McAlwee stood in for Mrs Davis.

Mr Miller said he was offended by Ms Hyde’s letter. He did not challenge her honesty, he "questioned things, as I have a right to do", he said.

Board member Phillipa Bain said she thought some of Mr Miller’s comments were deflecting from his behaviour.

Board member Brian Peat said he was disappointed to read the letter and thought it was a "slight" to the whole board.

A community group has returned $2500 to the board. In June 2018, the then-board gave the funds to the group, which has since been unable to use the money.