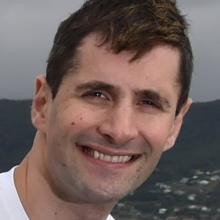 Just two years after opening in Dunedin, the company has gone from three employees to 43 full-time staff,  and founder and chief executive Dean Hall expects to have up to 150 working at the company within the next two years.

"We’ve definitely been in our expansion phase."

He put the  speed of growth down to perfecting the company’s creative process.

"When we started out, we had trouble getting our creative process right.

"Rather than just making games that did all right, we wanted to go for really creative ideas, ideas that maybe other people weren’t doing.

"The idea was to create a cell-based model to do that. So we tried to make these creative little cells and give them complete autonomy over what they were doing."

He said one of the company’s projects started out with four different cells working on the same game but autonomously.

"I actually got the idea when I was in the military, studying how terrorist cells work."

He said RocketWerkz received  an equity investment from Chinese investment holding company Tencent about 12 months ago.

"I think they maybe saw, like I did, that New Zealand is really well primed to take advantage of changes in the gaming market."

Now the cell-based model was working well,  the company was able to expand and it was running four "reasonably large projects", he said.

The growth was expected to continue.

The New Zealand games industry recently hit $100million in revenue, but he believed it could "easily" be more than $1billion, Mr Hall said.

He believed the company could be employing up to 150 full-time game designers within the next two years.

RocketWerkz was now trying to work out where it  could house  its expanding workforce — whether that meant taking over more space at its Wharf St  premises, or finding another in the city.

His greatest challenge at present was he had large numbers of "juniors" with little experience that he could employ, but not enough "seniors" to help train or guide them.

"So at the moment, our growth is mainly constrained by the amount of seniors."