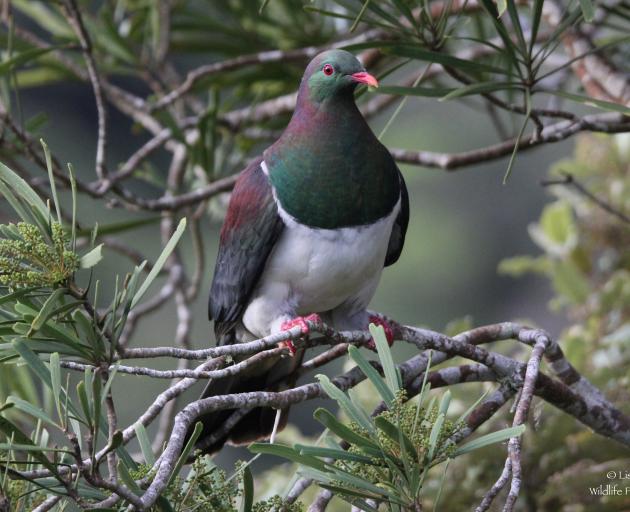 Numbers of kereru continue to rise, according to the backyard bird survey. PHOTO: LISA ARGILLA WILDLIFE PHOTOGRAPHY
If you spot your neighbour looking from their window with binoculars over the next week, the chances are they are probably not looking at you.

Rather, they are more likely to be bird enthusiasts, identifying and counting birds in their garden for the New Zealand Garden Bird Survey which begins on Saturday.

Otago, and especially Dunedin, can be considered the bird capital of New Zealand, based on the fact that Otago has always had the highest number of survey participants on a per capita basis.

Participants are asked to watch and note birds in their gardens during one hour on one day in the survey period, then report their findings to the gardenbirdsurvey.nz website, or via the survey form published by the Otago Daily Times.

"What we learn from information about the birds in your garden, collected by you and your fellow citizen scientists, helps our researchers make decisions to protect our environment.

"It also tells us if what we are doing in areas such as predator control is working."

He said one of the major trends found in the survey over the past decade was an increase in three native species in residential gardens.

Over the past five years, silvereye counts had increased by 40% nationally (76% in Otago, and 52% in Southland).

Bellbird counts have shown little or no change in Otago and Southland or nationally, he said.

The top 12 birds most likely to be sighted over the next week are silvereye (waxeye or tauhou), house sparrow, blackbird, tui, starling, bellbird, greenfinch, chaffinch, fantail, dunnock, kereru and thrush.