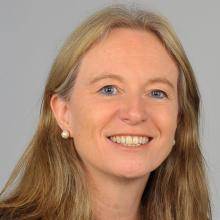 Lynette Sadleir
A New Zealand and Australian six-month clinical trial has shown a cannabidiol gel can be used to reduce seizures in the "most challenging and poorly controlled" epilepsy disorders among children.

Importantly, with this drug, parents could rub the gel solution into a child's arm.

"I've got kids with severe epilepsy who, because they are having so many frequent seizures and really long seizures - meaning that they are ending up in [the intensive care unit] where they're seizing for 30, 40, 50 minutes - that the only way we can get their drugs into them to stop that on an ongoing basis was to put a G-tube [gastrostomy tube] in. That's like to put a peg, permanently, in their stomach so that we can get medicines into them."

There was at present no other way to deliver anti-epileptic medication to children other than orally.

This drug would be the first.

The drug not only was very well tolerated by the children, the number of focal impaired awareness and convulsive seizures experienced by children with severe epilepsy was reduced by up to 58% between month two and month six of being treated. At month five, 63% of children had a reduction of seizures by at least 50%.

The United States Food and Drug Administration (FDA) in June 2018 approved the first drug (an oral solution) made from cannabidiol for the treatment of seizures associated with two rare and severe forms of epilepsy, Lennox-Gastaut syndrome and Dravet syndrome.

This drug treated a wider range of severe epilepsies.

The American company Zynerba Pharmaceuticals backing the trials said it intended to seek a meeting with the United States Food and Drug Administration in the first half of next year, to discuss the clinical pathway to approving the product.

One in 2000 children were born with developmental and epileptic encephalopathies, Prof Sadleir said.