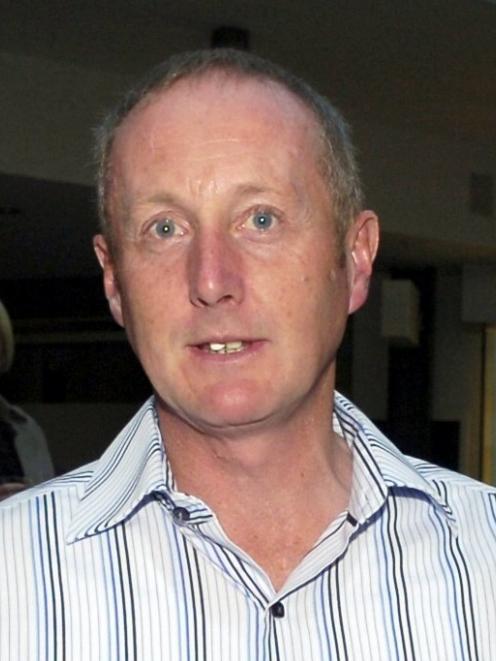 Kevin Thompson
The Dunedin City Council will start a new parking enforcement campaign this week after receiving complaints about cars parking on footpaths in the Octagon.

DCC transportation operations manager Graeme Hamilton said footpaths generally, and paved footpaths in the inner city in particular, were not designed to cope with the weight of cars.

Cars parking on the pavers were causing them to break, at a cost to ratepayers.

Parking officers had previously been called about cars parked on the footpaths and the central paved open space of the Octagon opposite Lower Stuart St, DCC officials said.

And parked cars emerging back on to the street were also an "unexpected danger" to passing motor traffic.

DCC development services manager Kevin Thompson said illegal parking in the Octagon, which had been noticed especially late at night and at weekends, was "totally unacceptable".

The council had received several complaints from passing motorists who had been surprised to see vehicles emerging from the lower Octagon into the street.

The DCC had formally notified that it would be taking enforcement action and, from today, motorists who parked illegally could expect a $40 fine issued by DCC parking officers, who had been rostered to cover late-night offending.

At times in recent months, up to 40 vehicles had been parked in the central part of the lower Octagon late at night, but bollards had been moved closer together to prevent this.

Nevertheless, cars had still since been parking illegally elsewhere in the lower Octagon, as their drivers apparently visited cafes or bars in the area, he said.

Taxi driver Brian Aldred said that last Monday, he had noticed about a dozen cars, many of them four-wheel-drive vehicles, parked in the northeast side of the lower Octagon.

They covered much of the footpath and were also parked on an outdoor chessboard.

They were not meant to be there, gave an unsightly impression for tourists and made it harder for pedestrians to walk through the area unimpeded, he said.