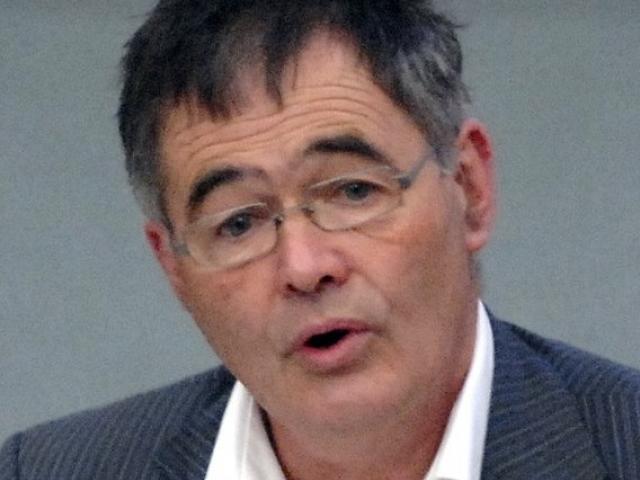 Dunedin Mayor Dave Cull says the Dunedin City Council is "taking each day as it comes" with regards to what to do about the protesters camping in the Octagon.

The Occupy protesters have in large part been pigeonholed as young idealists. So what would a middle-aged property investor be doing there? Hamish McNeilly reports.

Anti-capitalism protesters camping in the Octagon refused a Dunedin City Council request to leave yesterday and say they may remain for weeks.

The Octagon site taken over by Occupy Dunedin will remain under "ongoing review", with no promises from the Dunedin City Council protesters will not be moved on.

A beefed-up free wireless internet (Wi-Fi) network is to become a permanent fixture in Dunedin's Octagon.

Skifield slopestyle action came to the centre of Dunedin on Saturday night, as thousands gathered to watch the antics of skiers and snowboarders at the Octagon Rail Jam.

Dunedin Octagon's plane trees are showing a "noted improvement" (pictured far right, yesterday) compared with what they looked like in January last year when it first emerged they were being attacked by an unknown fungal disease.
Test results that could confirm what is attacking Dunedin's ailing Octagon plane trees have been delayed by the investigation into the kiwifruit bacteria PSA.

The Dunedin City Council will start a new parking enforcement campaign this week after receiving complaints about cars parking on footpaths in the Octagon.

People swinging about in the Octagon's plane trees is not a common lunchtime sight in Dunedin.

Dunedin's Octagon plane trees are still fighting a mystery infection, despite efforts to nurse the 119-year-old trees back to full health.
CCTV in Dunedin may be online sooner than initially planned.

Taxis might start using bus stops in a short-term fix to drivers' concerns about parking and crowd control in central Dunedin.

The road through the Octagon should be closed to accommodate temporary taxi stands to assuage drivers annoyed about not being consulted about changes to their ranks, a Dunedin taxi company owner says.
Rows of plane trees lining Dunedin's Octagon will be under doctor's orders from next week.

The Octagon's free wireless internet (Wi-Fi) service is set to start next Friday.

Reports of their imminent death may be greatly exaggerated.

Dunedin City Council staff are still waiting for test results that could confirm a vascular disease not seen before in New Zealand is attacking Dunedin's plane trees.

An officer was punched in the head about eight or 10 times while attempting to arrest a 17-year-old in the Octagon, Dunedin, at the weekend, police say.

Government biosecurity staff based in Auckland are rushing to Dunedin to inspect the Octagon's ailing plane trees.