Getting her teeth into study 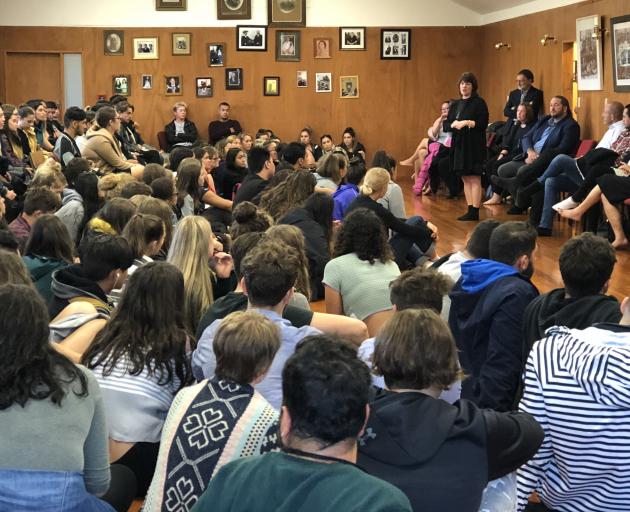 First-year students squeeze into Puketeraki Marae yesterday for a welcoming University of Otago powhiri. PHOTOS: UNIVERSITY OF OTAGO
It takes a whanau to raise a child.

First year University of Otago student Marie Hoepo-Scott (17) says it's that type of community upbringing which is helping her reach her childhood dream of becoming an orthodontist.

``That's big ups to my family and my mum. You know how when you're young you're like `I want to be a princess' or `I want to be Superman' or whatever.

``Well it was like `I want to be an orthodontist' and my mum nurtured me and said you can actually do this.'' 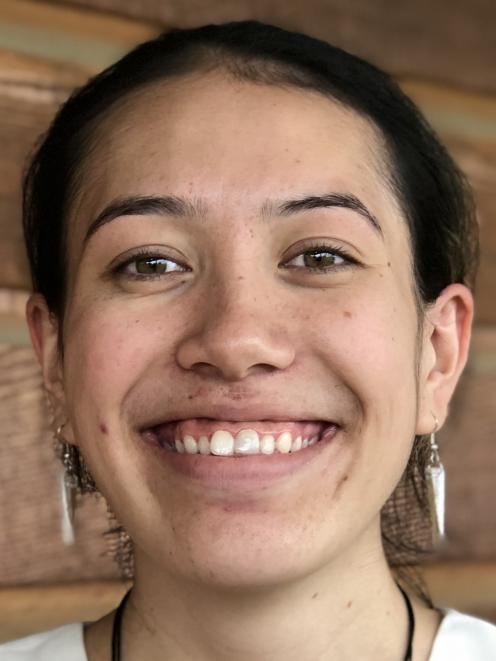 Foundation health science student Marie Hoepo-Scott.
Ms Hoepo-Scott was one of about 280 students who packed into Puketeraki Marae, near Karitane, yesterday morning for a university-organised powhiri.

It was ``really quite warm and welcoming'', she said.

Ms Hoepo-Scott will stay at Arana College and study the health sciences foundation year, helped by a Tu Kahika Scholarship.

Her dream profession was set in her mind at a young age.

``I was about 10 years old and I had to get some work done on my teeth. My orthodontist was actually really lovely and kind to me and I got attached to her and her work and I thought, I want to be able to give that to children.''

It was especially exciting pursuing this as a Maori woman, she said.

``I know there aren't many Maori orthodontists in New Zealand. I'll be able to open that door and make our people welcomed in our own way.

``It's an honour to be representing my family, my hapu, my iwi, my kura. Just my ancestors, really.''

Ms Hoepo-Scott is from Nuhaka, in Hawke's Bay, and moved to Dunedin on Sunday. She previously visited the campus twice through the On Campus Experience scholarship and Hands-On at Otago course.

She traces her upbringing to both her immediate family, especially her mother, and wider whanau.

Beyond this she emphasises the importance of ancestors such as hers who fought in the world wars, as well as mentors such as Dame Georgina Kingi, who was principal of her high school, St Joseph's Maori Girls' College in Napier.

``I have a huge family and that's called te iwi Maori.''

The powhiri crowd was told the number of Maori students at the university had greatly increased this year. University of Otago Maori communications adviser Matiu Workman said it could not confirm a rise in student numbers until later in the year.

However, there were growing numbers at the powhiri, he said.

``It's pleasing. It's been a long journey for them to get here both geographically and in terms of time and this is something they will remember.

``We really wanted to show manaakitanga, which is the concept of caring for and looking after guests. We want to show their families that we are looking after the next generation of leaders while they are down here.''