By Chris Morris
0 Comments
Sarah Anderson does not want to spook the audience.

But she is struggling to explain recent mysterious incidents inside Dunedin's Regent Theatre.

The latest came early yesterday, when, in a dark and empty upstairs function room, a tap turned itself on.

It began gushing water, flooding the room and then the box office and bathrooms below, triggering an alarm that brought security guards to the scene.

They arrived to find the flooded room still locked and secure, with nobody inside, and the tap seemingly undamaged.

The theatre was closed yesterday while contractors repaired damaged carpet and ceilings, but was expected to reopen today, and Friday night's ballet, The Piano, would continue as scheduled.

But the incident had Ms Anderson, the theatre's director, scratching her head. 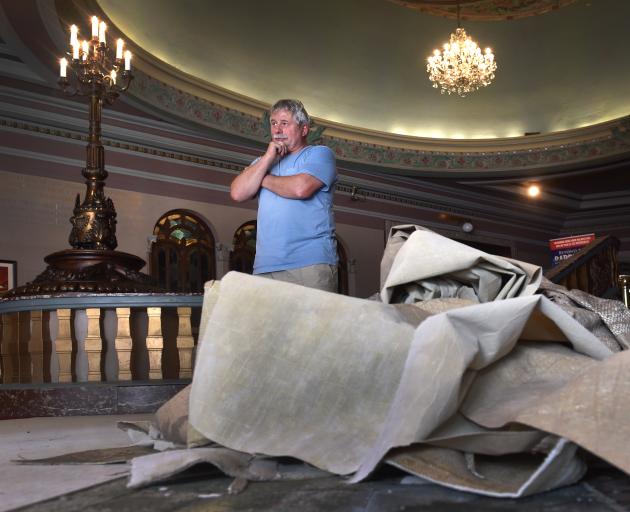 In the past six months, lights, fans and other electrical appliances had also turned themselves on inside the empty building, she said.

Two weeks ago, another tap came on and also caused a flood in the theatre.

And, in each case, there was nobody around to point the finger at, she said.

``And you can tell, because we have codes and alarms in every area, so if anyone sets them off we'd know about it.''

A logical mind might conclude the theatre's problems stemmed from its refurbishment nearly a decade earlier, and were only now showing themselves, she said.

``People are scratching their heads thinking `are the spirits that do live here getting a little bit more forceful in making their presence known?'.''

The theatre, which opened in 1928, was built on the site of the former Ross Building. It was destroyed when fire swept through on September 8, 1879, claiming 12 lives, including four children.

An archaeological investigation in 2011 found the theatre's orchestra pit was built directly on top of the remnants of the older building.

Ghost stories had swirled around the theatre for years, including tales of ``the lady in the dressing rooms'', but most incidents appeared benign.

In 2015, during a run of Phantom of the Opera performances, two battery-operated clocks in the upstairs function room stopped at exactly the same time.

Two patrons, Alan and Jenny Bromell, also reported feeling someone - or some thing - kicking the underside of Mrs Bromell's seat.

An usher sat down and also felt the thumping.

So is the building haunted?

``There's nobody who works here who would say, hand on heart, that it doesn't have residents that are not so easy to be spotted,'' Ms Anderson said.