Gibson bankruptcy not a complete surprise 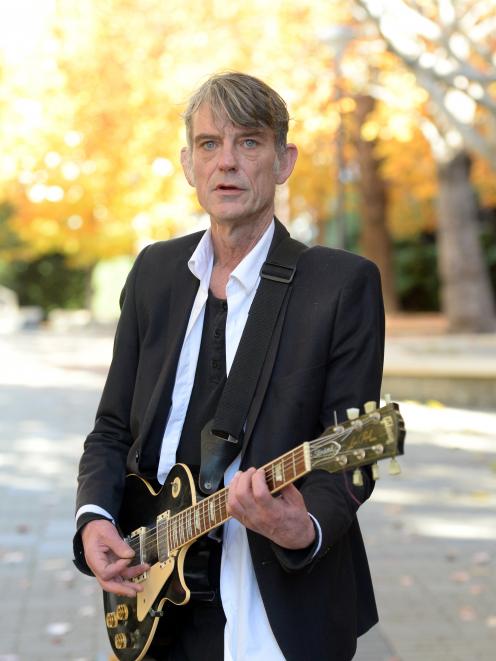 University of Otago music lecturer and original Verlaines member Graeme Downes with the classic 1991 Gibson Les Paul standard guitar he has owned since 2007 and used to make five albums. Photo: Linda Robertson
Local musicians and music lovers were surprised "but not surprised" by Nashville-based company Gibson Brands’ announcement it was filing for bankruptcy.

A report in The Guardian this week said the makers of  rock’s favourite Les Paul, SG and Flying V guitars had filed for bankruptcy protection, citing a "devastating" financial fall after its investments in consumer electronic brands failed to pay off.

The report quoted Gibson’s CEO Henry Juszkiewicz as saying the company required court protection from creditors to reorganise its operation, refocusing on its core business of musical instruments. Senior lecturer in music at the University of Otago and founding member of The Verlaines Graeme Downes said it almost seemed as if people were not playing guitars so much any more.

"I love mine," Dr Downes said of the 1991 Gibson which he described as his "mainstay" for performing and recording.

Robin Murphy, manager of Music Planet in Dunedin, said Gibson Brands’ bankruptcy announcement was "a surprise but not a surprise" and he thought the company had probably been in trouble for a while.

"They changed the way they operated, stopped making the standard Gibson guitars and began producing heritage series instruments which cost a lot more. They also added a self-tuning feature to the company’s guitars."

That was something consumers roundly rejected.

"I don’t know what market they were chasing," Mr Murphy said.

Guitar sales had been  declining for a while "world-wide", but he thought it would be a shame if the makers of "such an iconic brand" went out of business.

"They’ve been a market leader forever. All the stars go there because they’re the best."

David Kilgour of The Clean agreed Gibsons were "classic guitars" — but he thought there were probably enough of them in the world, given the number of copies of the classic instruments which were made in various countries. And like Dr Downes and Mr Murphy, Mr Kilgour felt the company was probably a victim of current trends in music which tended more to the electronic.

But, as he said, "what goes around comes around" and he would be surprised if the company went out of business.