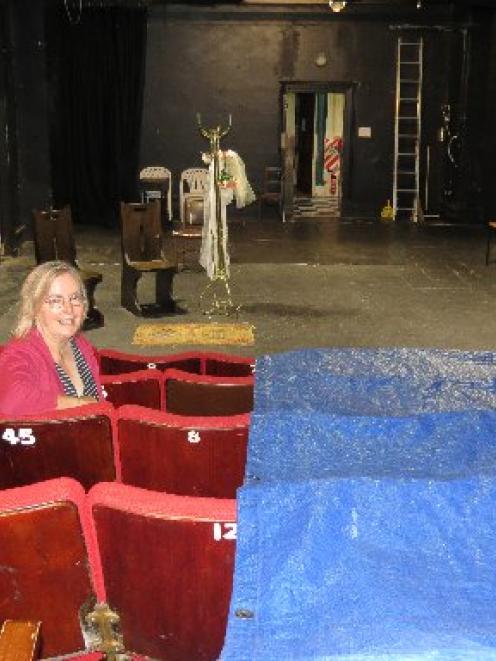 Friends of the Globe president Dr Rosemary Beresford said about $275,000 had been raised so far through grants and fundraising activities, and the group was waiting for responses from several major funding organisations.

''The fundraising is going well but we can't rest on our laurels. We need to raise the $500,000 by October,'' Dr Beresford said.

Grants received so far have included a pledge of $143,000 from the Lottery World War One Commemorations, Environment and Heritage (WWEH) Committee, $58,485 from the Stout (Guardian) Trust, $18,353 from the Alexander MacMillan Trust, $10,000 from the AAW Jones Trust, $5000 from the Southern Trust and $2000 from the Dunedin City Council Heritage Fund.

About $2500 in profits from box office takings so far this year had also been transferred to the ''roof fund'', Dr Beresford said.

''We are very hopeful of getting support from these organisations, but we still need to do more - time is rushing past,'' Dr Beresford said.

The full Lotteries grant pledge is dependent on the Friends of the Globe reaching the $500,000 target by October, and Amalgamated Builders has been contracted to start the work that month.

The project will include repairing the theatre's leaking roof, carrying out earthquake strengthening and fixing problems with the building's structure.

''We are working through those with the DCC, who have been very supportive,'' she said.

As the grants process continues, the Globe Theatre has embarked on a programme of back-to-back productions and fundraising projects.

These include a season of Alan Bennett's The History Boys, opening next Thursday, May 29; a dramatisation of Jane Austen's Lady Susan, on June 13 and 14; and Shakespeare's A Midsummer Night's Dream, from July 24 to August 2.

The Friends of the Globe is also offering sponsorship opportunities to individuals and businesses, including the chance to be theatre ''ghosts'' ($1000) or to sponsor auditorium seats.

In addition, the theatre has also launched a crowd-funding site for donations at http://www.givealittle.co.nz/org/GlobeTheatre.