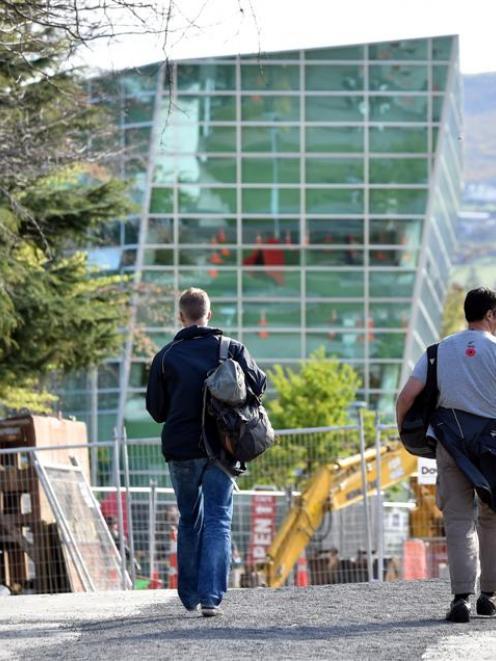 Police said they were ''following a number of lines of inquiry'' as they tried to track down the person responsible for the threat, posted by an anonymous social media user on bulletin board 4chan just before midnight on Monday.

''If you're in Dunedin, I wouldn't recommend coming to Otago University on Wednesday,'' the post, which has now been deleted from 4chan, said.

''Notes have been taken from tactics used in other massacres and shootings, I know what works and what doesn't.''

Associate Prof Hank Wolfe said while police had not yet located the culprit, there was a good chance he or she would be found.

''Someone like this tends to be a crackpot, governed by emotions,'' Prof Wolfe said.

''They're generally not an IT [information technology] specialist.''

Any post made on the internet could be tracked, Prof Wolfe, who specialised in information assurance, cryptography, electronic forensics and surveillance, said.

''If the person knows what they're doing, it can be very difficult to track [the origin of the post].

''If they're careless, they should be easy to find.''

Police said yesterday they were investigating the threat with help from the university, its vice-chancellor and the high tech crime group in Wellington.

''I've worked with them and they're as good as any in the world.''

The threat prompted many students and staff to stay at home yesterday, with several eateries closed and the central library almost deserted only a week before second semester exams start.

Students who did go to university yesterday spoke of being on edge because of the threat.

''I'm not walking around with headphones in - I'm still alert,'' one student, who asked to remain anonymous, said.

''But I wouldn't even think of staying home - I've got three exams in nine days. I've got stuff to hand in.''

''It [the shooting] could be anywhere at the uni; it could be at our hostel.

''No matter what you do, you're at risk. I'm still going to uni as normal, but I'm just a bit more alert, a bit more on edge.''

Classes were scheduled as normal yesterday but students were asked to watch for cancellations, a statement from the university said.

Lecturers were encouraged to post lecture notes online for students who wanted to stay at home.

A Campus Watch employee said extra staff were rostered on yesterday, while police said in a statement they would have a visible and non-visible presence.

A Dunedin hunting and fishing store employee, who asked to remain anonymous, said the handgun posted with the threat online could be bought in New Zealand by a category C licence holder.

Bullets for the gun could be used for most category A (sporting) guns, so it would not be clear what the bullets were being bought for, the employee said.

Police kept a close eye on who owned handguns and obtaining one was a lengthy process.

However, they could not track stolen or imported guns, he said.

University of Otago head of communications Megan McPherson said the campus would be open today for ''business as usual''.

All Dunedin-based students and staff were told yesterday the campus would be open today.

She was unaware if any departments had given staff and students the option of staying home today.

Two other New Zealand universities were subjects of threats yesterday.

Police evacuated parts of the Massey University campus in Palmerston North after ''a threat to staff at the registry building'', police said in a statement.

It was understood the threat was in the form of a note.

''Police have cleared the area and while they are satisfied there is no direct threat to members of the university, there will be an increase in security over the next few days.''

In Wellington, police responded to a bomb threat at Victoria University's campus but found nothing suspicious.

The Murphy Building was evacuated earlier yesterday after a note threatening the detonation of a bomb in the building was discovered.