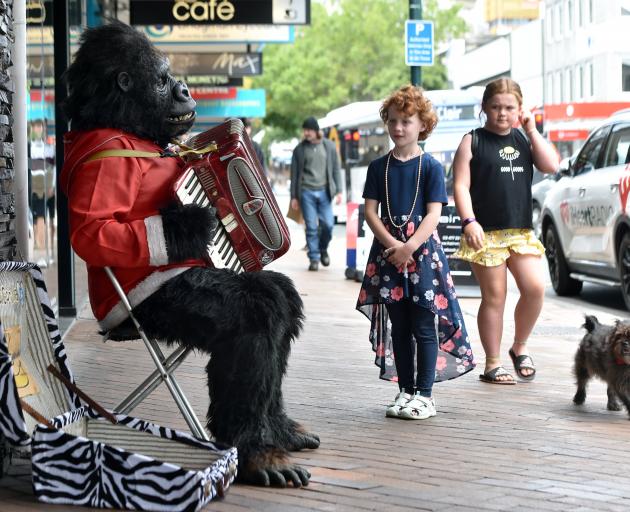 Underneath the primate costume was Chester Dextar, who, after working in the movie industry, decided to create a character for himself.

He makes and sells costumes, but decided to keep the gorilla suit for himself.

"I am just out there having some fun, trying to put some smiles on people’s faces."

Mr Dextar, as a gorilla, played a range of music from pop to old folk songs.

A sign on his zebra-printed donation box explained that his "baby needs a banana".

He began playing the accordion when he was about 8 years old and took up street performing about two years ago.

In 2019, he won a prize in the South Dunedin Busking Festival.

Mr Dextar said he had also started dreaming up his next character to keep his performance fresh — that was a pirate that played old sea shanties.

He will play at the Port Chalmers Community Market this weekend.