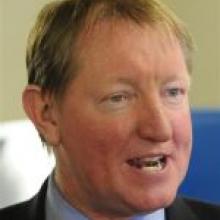 Nick Smith
Environment Minister Nick Smith is not ruling out a Government contribution to the Leith Lindsay Flood Protection Scheme but says the Otago Regional Council has a "high hurdle" to leap.

The regional council earlier this week resolved to seek government funding for the scheme with "highest priority" as 35% of the area to be protected was non-rateable Crown land.

Mr Smith said the Government had not been formally approached by the regional council to contribute to the scheme.

The Government would consider an application from the regional council as it would from any other, although flood work in general was the responsibility of regional and local government, Mr Smith said.

"It would be unusual for the Government to contribute to flood-protection work."

Dunedin was not "atypical" in its prevalence of crown-owned land. Wellington also had many state agencies.

"We won't treat Dunedin any differently from any other part of New Zealand.

"We'll consider any approach on its merits."

Regional council corporate services director Wayne Scott said the council would be putting its case to the Government, including economic evidence of the equity of such a contribution.

An earlier economic assessment completed in 2008 concluded "given the significant benefit received by crown-owned properties in the scheme's direct benefit zone, it "would be inequitable for the Crown not to contribute".