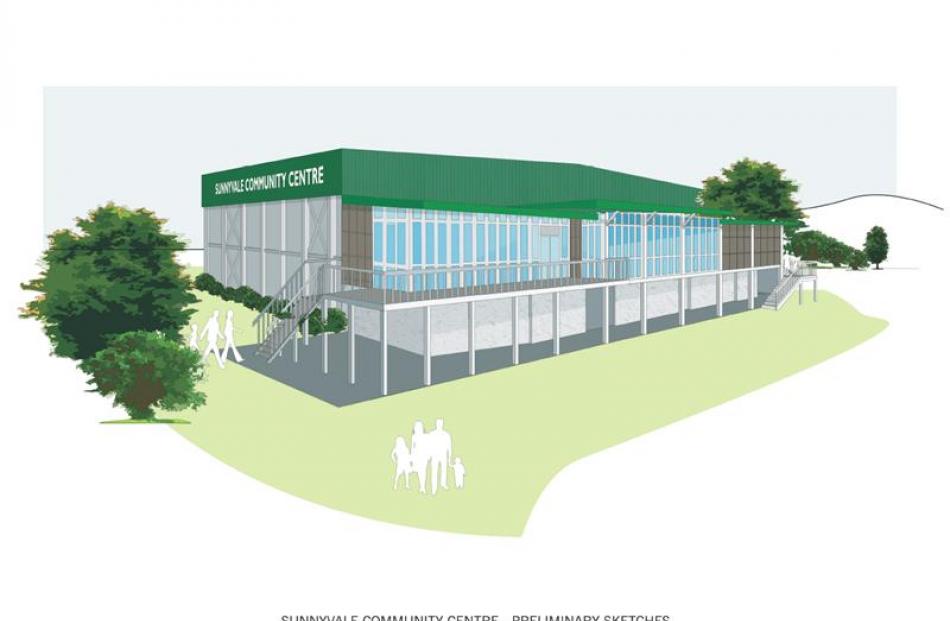 A preliminary sketch of the new lounge constructed on the second level of the upgraded Sunnyvale Sports Centre. Image by Green Island Combined Sports Bodies Inc. 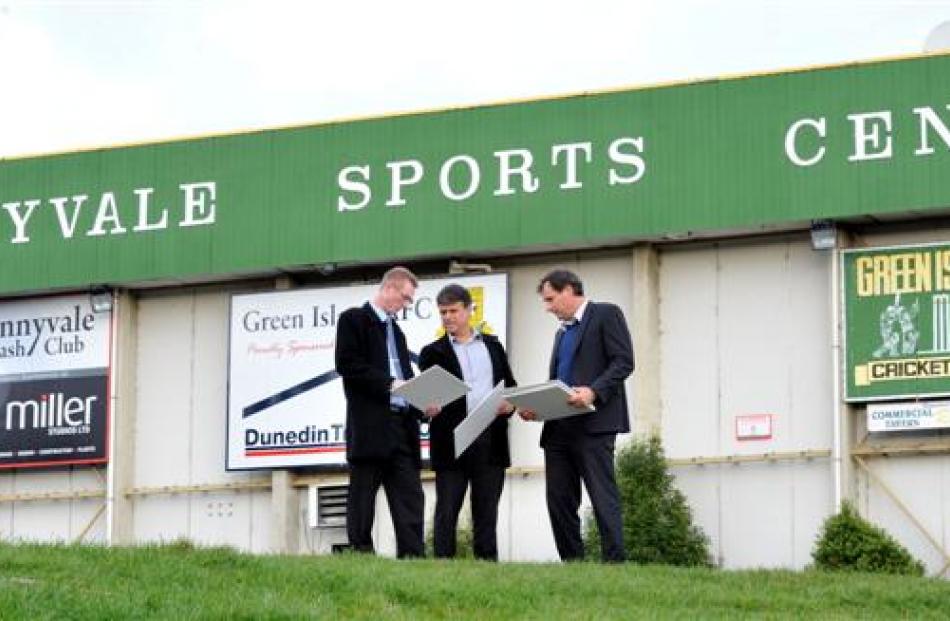 One of Dunedin's most recognisable sports centres will get a makeover next year, as plans for a $1.45 million upgrade are finalised.

The Sunnyvale Sports Centre and surrounding grounds, in Main South Rd, Fairfield, are used by more than 700 people year-round for cricket, squash, football, badminton and other activities.

For seven years, there have been plans to rejuvenate the 37-year-old building and over the past two years a working party from the Green Island Combined Sports Bodies group, which manages the centre, has been working out the options, plans and costs.

It now has a plan for the upgrade, which includes the installation of a new gymnasium floor, two new squash courts with a movable centre wall, to create the only doubles squash court in Otago, and a second gymnasium space. Basic infrastructure, such as toilets, changing rooms and the kitchen, will also be upgraded.

The project includes the completion of the third stage of the original plans for the building - constructing a lounge on the balcony overlooking the sports fields.

Working party members John Moyle and Graeme Wyllie told the Dunedin City Council's public forum this week the building was in the heart of the greater Green Island area, was the most significant community facility in the area, and had long and enduring links with the community.

The upgrade would modernise the facilities and future-proof the centre for generations to come.

It was expected the upgrade would help attract more sports and clubs to use the building, making it more of a community hub.

The vision was that it would change from a sports complex to a ''community centre''.

Working party member Darren Bezett said the sports body already had a $42,000 a year service level agreement in place with the council to service for 10 years a loan it had raised for the work, and was about to apply for $700,000 in grants and other funding.

To get the project over the line, it hoped to raise $200,000 from the local community.

The working party was confident the community would support the project. If its grant applications were successful, it was hoped the work would begin early next year, he said.

The plans would be formally launched at an open day at the centre on June 23.