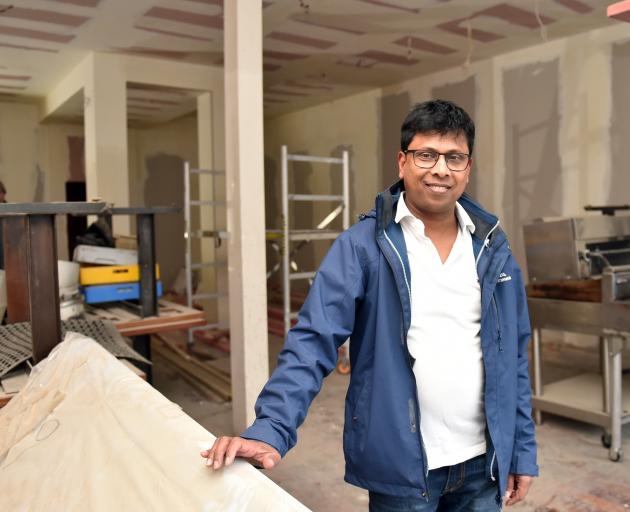 A Dunedin bakery owner grossly underpaid his workers and threatened to dismember one who complained to authorities.

New details have emerged in the case against Anesly Joy Samuel, who owns Romeeco Bakery, after the full Employment Relations Authority (ERA) judgement was released this week.

Samuel was stung with a bill of more than $392,000 - contrary to initial reports the figure was $299,000 - after the Labour Inspectorate found a vast array of employment breaches.

In the ERA ruling, following a hearing in May in Christchurch, authority member Andrew Dallas also rescinded name suppression for Samuel, his wife Wadduwage Nirosha Dilrukshi Perera and the company Romeeco Cars Ltd.

An investigation began in 2017 after an anonymous complaint from someone who knew one of the bakery employees.

Inspectors soon found staff were working more than 80 hours a week while being paid for less than half that.

One of the employees provided recorded phone conversations in which Samuel suggested he could have someone cut off a staff member’s limbs and harm his family.

When suspicion fell on another man as an informant, the business owner told him ‘‘he needs to prepare for his parents’ funeral in Sri Lanka’’.

Weeks later there was another call from an associate of Samuel telling the former bakery employee to drop the case, advising him ‘‘people were watching him and that it would be ‘very bad’ for he [sic] and his wife if [he] went ahead with the case’’.

The Labour Inspectorate calculated the three workers were owed more than $230,000 in wage arrears.

Among aggravating factors, it highlighted the systematic theft of the workers’ wages to pay for accommodation and food; the ‘‘appalling conditions’’ in which the workers were expected to live; the $10,000 premium taken from one of the workers; and Samuel’s attempts to transfer blame for his actions on to his accountant, his previous lawyer and the workers themselves.

Samuel claimed workers stayed longer than their shifts stipulated to wait for flatmates or to use the high-speed internet.

His description of his actions as ‘‘inadvertent and unintentional’’ was firmly dismissed by Mr Dallas.

‘‘This is completely overwhelmed by the evidence before the authority and requires, and deserves, no further consideration,’’ he said.

Samuel, providing two years of bank statement for his bakeries, claimed his precarious financial position should result in a reduction of the penalties imposed. A hefty debt would mean he would be forced to cease trading, he said.

The inspectorate suggested the bank statements should be ‘‘viewed with caution’’ since they were unsigned and contained a broad disclaimer that accountants who compiled them were not liable for any inaccuracies.

Samuel’s plight could hardly have been a surprise, Mr Dallas said, and rejected his pleas for leniency.

‘‘Mr Samuel has been on notice for a long time that one day he would likely face the prospect of having significant penalties imposed on him and/or his businesses ... by the authority.’’

A decision on Ms Perera’s culpability was postponed until the Court of Appeal released its ruling on another relevant case.