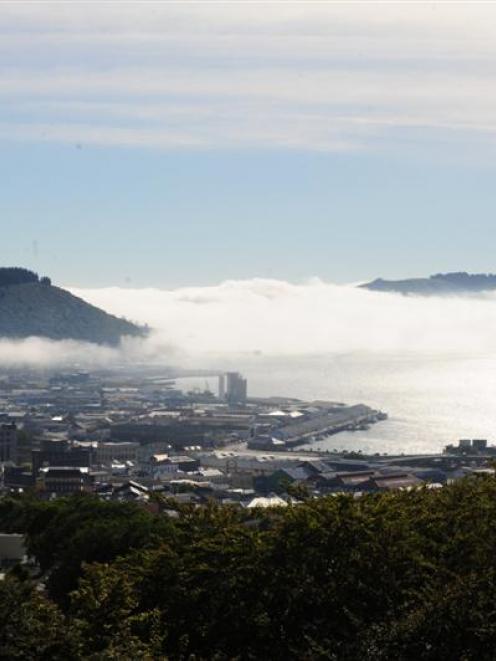 The Harbour Islands project was first floated last year during consent hearings of Port Otago's application to deepen the harbour.

"So the question was, how could the potential harm of the disposal of the dredging spoil be mitigated?"

A group of interested parties identified the opportunity to use the spoil to create islands in the upper harbour, and Mr Hayden said the idea was gaining traction.

The group had "sounded out" Port Otago's position on creating the islands, and was motivated by the positive response.

"Basically, Port Otago has no objections to the concept provided that there is widespread community support for it."

He said the group had been exploring the idea with more community representatives, and typically once people became aware of the range of environmental and recreational benefits that the islands would provide, they were very supportive of the concept.

"Forest and Bird, and STOP have expressed their desire to see some larger islands built further down the harbour exclusively for bird roosts.

"I think people are recognising that Dunedin has an opportunity here to do something quite unique that builds on its eco-friendly reputation, and at the same time, enhances the city's recreational amenities.

By building a series of small islands out from Portsmouth Dr, Mr Hayden said the city could bring back a sandy beach and an inter-tidal zone rich in biological activity, that would bring back wading birds to their natural habitat.

It also provided an opportunity to bring back the vibrant fish stocks which once provided the city with the majority of its seafood needs, including lobster, oysters and finfish.

"We can build a habitat that will bring these species back. They were lost when all the sand and mud flats were removed from the upper harbour when Dunedin was established.

"What's even better is the upper harbour is the natural home of fine silts, the material which would pose a threat to the fisheries habitat if dumped at sea. It all just makes so much good sense."

Mr Hayden said the group had begun talking to as many sport and recreational groups as it could to find out what their needs are.

"If this is going to work, we must have their input."

After that, the group would present a draft plan which would be made available for all Dunedin residents to view and comment on.

He said Port Otago's dredging of the fine silts would be "some years away" and there was still time to explore all possibilities and seek wider public input.