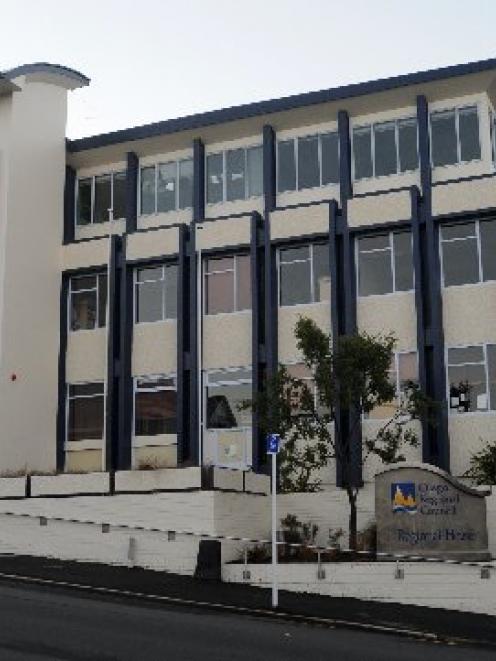 It is another cost the council is facing for its overcrowded Stafford St office block after its inability to come to a decision on a new headquarters.

To give staff more room, the council has budgeted $1 million in its draft long-term plan for a temporary council chamber in the car park.

Council corporate services director Wayne Scott said the building's security was not appropriate for this "day and age" as anyone could "wander in and out".

Years ago, when concerns were first raised, a sign-in register was initiated so staff had some idea of who entered the building, but that was inadequate as it was difficult for receptionists to "haul anyone up" when they were on the phone, he said.

"We're fairly outdated security-wise. This is a public building and we do get grumpy people."

In the most recent of "a number of incidents", a "grumpy" person went behind the reception counter and snatched things from the receptionist, he said.

"They [the receptionist] were understandably upset and, as an employer, we can't let it continue."

Mr Scott said as a new regional council headquarters was at least three to five years away, the council could not put off addressing security any longer.

"We're just going to have to adapt the building as required."

Council chairman Stephen Woodhead said just because there were short-term costs, it did not mean the council should rush its decision on a long-term solution to the building issue, as it was a significant capital investment that should not "be taken lightly".

There were issues relating to maintenance, such as the security and the need to renew carpet, that were going to come up as a result, and the council needed to "face up to those things and get on with it".

"The fact is, in the short term, we need to ensure staff are safe and do the best we can to maintain it - to look after our asset and to ensure we carry out our business as efficiently and effectively as we can." Mr Scott said to deal with the security issues it was considered necessary to modify the reception entrance and layout, improving control at egress points and install CCTV in main public areas.

The work would involve making reception inaccessible to customers so receptionists were secure, and creating a public foyer area.

As the changes would effect the primary fire egress, building consent was required, which triggered a review of the building's fire requirements, he said.

A fire engineer had identified some deficiencies which needed to be rectified, primarily relating the fire rating of safe exit paths.

Initial estimates of the cost of the work was $300,000, half for the physical changes and half for the work on the rest of the floors impacted by the fire review.

It was hoped the work would be completed by July, he said.