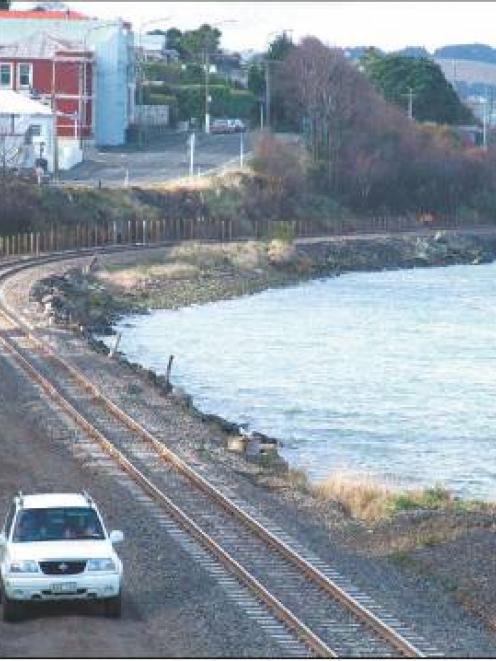 Walk the line: Fencepost installation proceeds as part of developing the Ravensbourne to Maia cycleway-walkway.
Extending the West Harbour walkway-cycleway is on schedule despite wet weather hampering work.


Earthworks for the 1.3km walkway-cycleway from Ravensbourne to Maia are largely complete and the project should be finished by the end of September, Transit New Zealand regional projects manager Simon Underwood said.

‘‘A generous contract period was allowed because there was the expectation that work would slow or be suspended during winter,'' Mr Underwood said.

The walkway-cycleway will continue from where the first stage finished, just past the Ravensbourne Yacht Club, and run parallel with the railway line to Jessie St, in Maia.

To date, contractors have cleared the pathway and made drainage improvements and are now putting in fence posts.

Layers of metal will then be added before the footpath surface was laid.

Funding for the project, estimated to cost between $300,000 and $350,000, was coming from a national $3 million pool of funds set aside for cycle and walkway projects, he said.

Investigations were under way examining how best to provide a cycle route from Dunedin to Port Chalmers.

It included looking at options for existing elements such as tunnels and bridges ‘‘where the cycleway cannot parallel the railway line''.

Previous reports have estimated building a further 8.4km of track from Ravensbourne to Port Chalmers would cost more than $3 million.

‘‘These investigations will update that,'' Mr Underwood said.

The first 1.2km section of the cycleway, which starts at the end of Magnet St, near the Otago University Rowing Club, cost $220,000 and was completed in 2006.

It was funded by various organisations, including the Otago Regional Council, the Dunedin City Council, Port Otago and Transit New Zealand.

A Transit survey conducted last November showed on average the existing walkwaycycleway was used more than 500 times per day by cyclists and walkers.