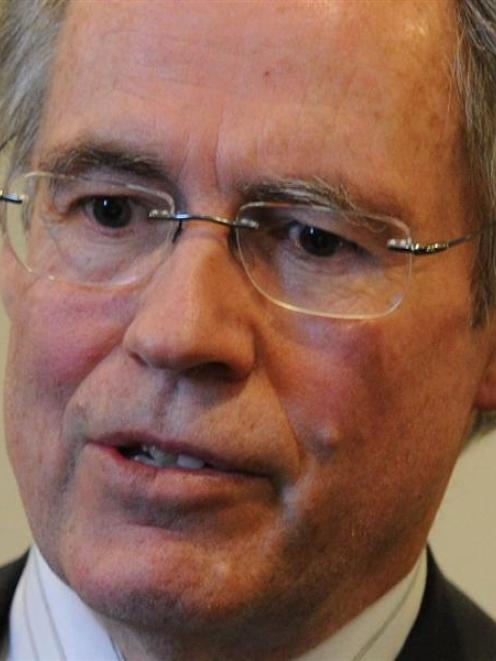 Jim Harland
Former Dunedin City Council chief executive Jim Harland has hit back at criticism over the alleged $1.5 million Citifleet fraud, while refusing to accept responsibility for any failings on his watch.

Instead, he has fired a shot back at the council and Mayor Dave Cull, saying the convention of elected members not criticising council staff ''is being challenged''.

As a result, the alleged fraud had continued undetected for more than a decade, while 152 cars were sold and the proceeds pocketed, she said.

Mr Harland, the council's chief executive from 2000 to early 2011, rejected that when contacted by the Otago Daily Times yesterday, insisting criticism of his time at council was ''conjecture''.

''There were processes in place.''

They included internal and external audits, a one-up signing rule for the approval of expenditure, and a purchase and disposal manual for council staff, he said.

The question was whether council staff were following the rules, he said.

''Clearly, if five staff members are under a disciplinary process, that would suggest that they weren't,'' he said.

The fallout from the alleged fraud has so far prompted two senior council managers - Tony Avery and Kevin Thompson - to resign, as up to five staff worked through ''employment processes''.

Mr Avery was not among staff involved in employment processes, and had made his own decision to resign, saying the ''buck stops with me''.

Mr Harland - now a New Zealand Transport Agency manager - told the ODT yesterday he also accepted, as the council's chief executive, he had been ultimately responsible for all council staff.

However, he would not comment on whether he shared any blame for the failure to detect the alleged fraud until after Deloitte's report was made public.

The report would show ''what more we could have done'', he said.

''No chief executive can be aware of all the detailed transactions taking place in an organisation, but you still always have that accountability.

''I haven't seen the report. I only know what processes we had. If those processes had been followed, there wouldn't have been a fraud,'' he insisted.

His comments came after Mr Cull last week also questioned the council's decision to ignore Audit New Zealand, after it twice - in 2007 and 2010 - suggested the council should create an audit and risk subcommittee.

''It could very well have helped,'' Mr Cull said.

Local Government New Zealand president Lawrence Yule was also concerned by the decision, and said, when it came to detecting fraud, ''the buck stops ... really, with the chief executive and their management''.

Mr Harland said audit committees ''weren't a normal feature of local government at the time'', and it was felt the council's then-finance and strategy committee already adequately fulfilled the role. He could not say whether ignoring Audit New Zealand's suggestion was a mistake until he read the Deloitte report.

''Any audit and risk committee ... is only as good as the questions that are asked.''

One change he would make, if given another chance, would be to include details of revenue from council asset sales - including vehicles - in regular reports to the executive management team. That had not been done, but would have been ''quite straightforward'', he said.

He took exception to suggestions of a culture problem within the council, saying it ''wasn't one of entitlement''.

''It was one of trying to be responsible,'' he said.

''Which is why it is really painful ... that the trust of the community, who might not have seen those values, has now been let down by one manager.

''He's let everybody down, but there's nothing we can do about that.''