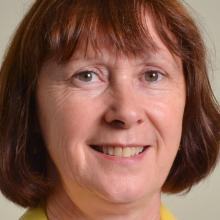 Lexie O’Shea.
The Southern District Health Board is not concerned by an apparent 80% rise in physical assaults on staff at Wakari Hospital.

There were 82 assaults in the first five months of this year, compared with 109 for all of 2016. It suggests an 80% increase, or 75% more on a four-year combined average.

SDHB chief operating officer Lexie O’Shea, in a statement, said the numbers did not indicate a concerning trend.

"Every assault is distressing, and we do not believe the recent numbers indicate a systemic change for the service in the context of fairly consistent numbers of incidents in recent years."

Managing assaults had "long been a reality" in mental health.

"The support provided by our wonderful mental health workers repeatedly makes an enormous difference to many people’s lives, and we are grateful for their compassion, skill and effort in working with people through very difficult experiences," Mrs O’Shea said.

Labour’s Dunedin North MP David Clark, whose party is campaigning nationally on mental health, said the increase was a symptom of a "crisis" being felt around the country.

He said assault numbers had been stable in recent years - about two per week - and the increase was a "really significant jump". Dr Clark requested the figures from the health board under the Official Information Act after speaking to people who were concerned about the situation.

Dr Clark said police were being called to Wakari Hospital "a lot more than they used to be" to help manage difficult situations.

The board said it was too difficult to release police call-out numbers as it entailed individual case file reviews.

The New Zealand Nurses Organisation recently complained about a rise of staff assaults and patient-on-patient assaults in Wakari Hospital’s ward 9B.