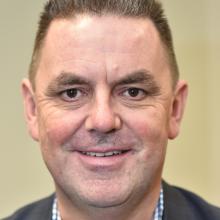 The rundown Princess Margaret Hospital is to be rebuilt within three years, at a cost of up to $57 million, Health Minister Jonathan Coleman announced last week.

The annual charge for the SDHB is the same no matter how many beds it uses.

South Island child and youth, eating disorders, and mothers and babies specialist mental health inpatient services are based at Princess Margaret. In 2016-17, 35 southern patients were sent to Princess Margaret; the year before, it was 26 patients.

Asked if he was concerned over media reports about the hospital, Mr Fleming said he was "always concerned when facilities are reported as not being suitable".

"These services are delivered in a more age appropriate facility than is available in the regional areas, which also contributes to achieving the best outcome," Mr Fleming said.

The SDHB could fund high quality community services for that kind of money, he suggested.

"Modern practice indicates services are provided that support people’s existing lives  rather than disrupt them.

"If say you are dealing with a mother and baby, why would you ship them out to Christchurch from Gore, or from Alexandra or from Dunedin?

"Mothers at this time have very sensitive and careful support systems, and it’s crazy to disconnect from those."

He acknowledged there were some good aspects of the South Island-wide service.

"For example, in the area of eating disorders, Canterbury employs a southern-based worker who provides a well-used and excellent service from Dunedin.

"It’s not a Southern [or] Canterbury DHB competition, but what is the best interest of clients, and how do we arrange the large sums that are available to clients’ best benefit," Mr Hand said.

The Ministry of Health has been considering the future of the South Island service as part of the redevelopment, and whether it makes sense for southern patients to travel to Christchurch.

Announcing the new facility, Dr Coleman said the needs of the entire South Island would be considered when deciding exactly what to build.

The new facility would be built at the Hillmorton Hospital Campus and there are two options, costing between $47 million and $57 million. In the meantime, services would continue to be housed at Princess Margaret.

In July, Fairfax Media reported some of the South Island’s most vulnerable people were being treated at the "derelict" Princess Margaret.

Staff and patients had described the facilities as "disgusting" and "appallingly depressing", while plans to relocate services were in limbo.

The Canterbury District Health Board described the facility as "substandard" and "not appropriate".

Just did the maths, this treatment costs close to $18,000 a week per patient. Just checked online and you can stay at a 5 star hotel for $2,300 which includes breakfast. This would leave over $15,000 a week for clinical support. Don't think this arrangement is a good one people.