Photo: Getty Images
New Covid-19 community cases in the South have exceeded the 600 mark for the fifth day in a row. Five more deaths have also been recorded.

The week of high cases began on Tuesday, when 733 new cases were reported. That figure was attributed to the usual delay in cases being reported over the weekend, a common trend exacerbated by a public holiday.

In a statement this afternoon, the Ministry of Health said nationally, there were 6460 community cases and 423 current hospitalisations and 20 deaths.

The seven-day rolling average of community case numbers today is 6825.

The Ministry said 19 deaths occurred in the past three days and one occurred on June 22, bringing the total of publicly reported deaths with Covid to 1549 and the seven-day rolling average of reported deaths is 14.

The latest deaths include five from the Southern DHB area and five from the Auckland region, two each from South Canterbury and Bay of Plenty, and one each from Waikato, Lakes, Hawke's Bay, Taranaki, MidCentral and Nelson Marlborough.

Five people were aged in their 70s, six were in their 80s and nine were aged over 90. Of these people, nine were women and 11 were men.

Seven people are being treated in intensive care or a high-dependency unit. 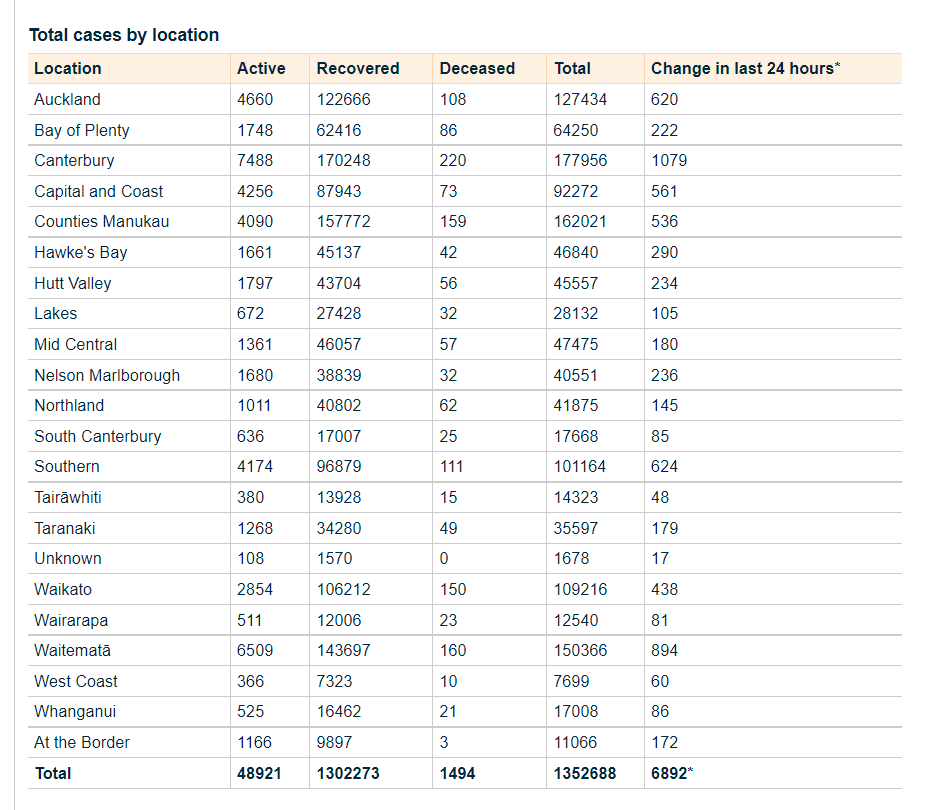 * The change in total case numbers may not be equal to the number of new cases reported today due to data updating and reconciliation.

Note: The Ministry of Health said it could not give detailed information about cases in a district, city or town, as it must protect the privacy of the people concerned.