Half of the children in care in New Zealand have Foetal Alcohol Spectrum Disorder (FASD) evidence shows, and an estimated 89% of those children interacting with the youth justice system have been found to have at least one area of severe neuro-impairment and brain injury. 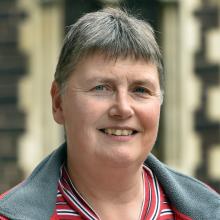 Anita Gibbs
Yet, in New Zealand’s justice and welfare structures so far there has been no training for social workers in these areas.

So as of July this year, University of Otago social and community work Prof Anita Gs will be offering a new tertiary paper, specifically aimed at helping social workers and other human services practitioners, to understand and be better able to deal with clients who have a neuro-disability.

She said the 400-level paper, titled Exploring Neuro-Disability in Health, Welfare and Justice Systems, would examine outcomes within these systems for those with neuro-disabilities like FASD, Attention Deficit Hyperactivity Disorder (ADHD), and Autistic Spectrum Disorder (ASD).

She said the state of the social work profession and the lack of training in this area, was a major motivator for her to provide the paper.

"This is shocking, given that up to 50% of children in care have FASD, and estimates of those in youth justice with at least one area of severe neuro-impairment and brain injury go up to 89% of that population."

The course’s content is underpinned by Prof Gibbs’ experiences with her two adopted children, who have neuro-disabilities.

"My own whanau has experienced ignorance and inadequate knowledge and skills, and I have stood alongside many other families in similar circumstances.

"I’ve seen the great cost of poor-quality practice that failed to implement appropriate additional accommodations or supports for children struggling at school, with social interaction, emotional regulation or communication challenges.

"It’s made me highly motivated to launch this course for current students and for those working, or seeking to work, in this area."

She said she wanted her students to gain new knowledge and compassion for those who were often likely to be misunderstood and punished by many others in society.

"The course is aimed at ensuring a would-be workforce, which currently does not exist, can have a deeper systems-based understanding of neuro-disabilities within the contexts of colonisations, social, economic and health disparities and adverse childhood experiences, all of which influence whether or not those living with FASD, ADHD or autism will flourish."