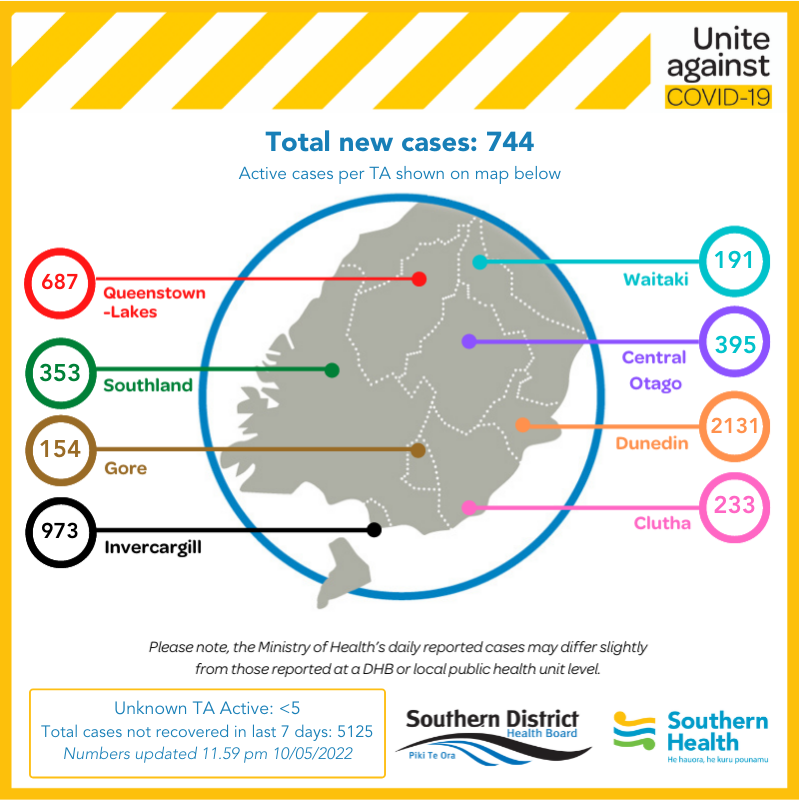 There are 7970 new community cases of Covid-19 and 28 deaths to announce today, including six in the Southern DHB area.

The Ministry of Health said there were also 381 people with Covid-19 in hospital, including 18 in the South.

There are 744 new community cases in the South.

The deaths being reported today include one person who died in February, five in March, 11 in April, and seven who died over the previous seven days.

Delays to reporting can be associated with people dying with Covid-19, rather than from Covid, and the virus being discovered only after they have died.

Two people were from Northland, five from Auckland, three from Waikato, three from Bay of Plenty, two from Whanganui, three from the Wellington region, four from the Canterbury region and six from Southern.

Eighteen were men and 10 were women.

Two of the deaths reported previously have been removed from totals, as it has now been determined that they were not a Covid-19 case. 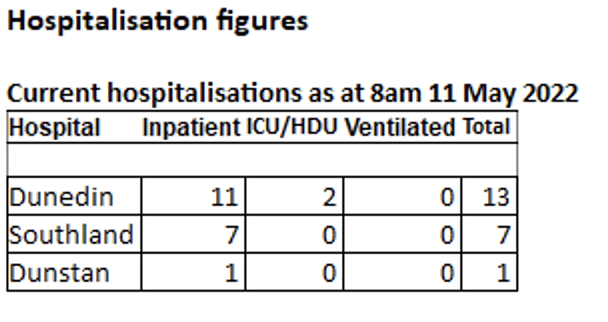 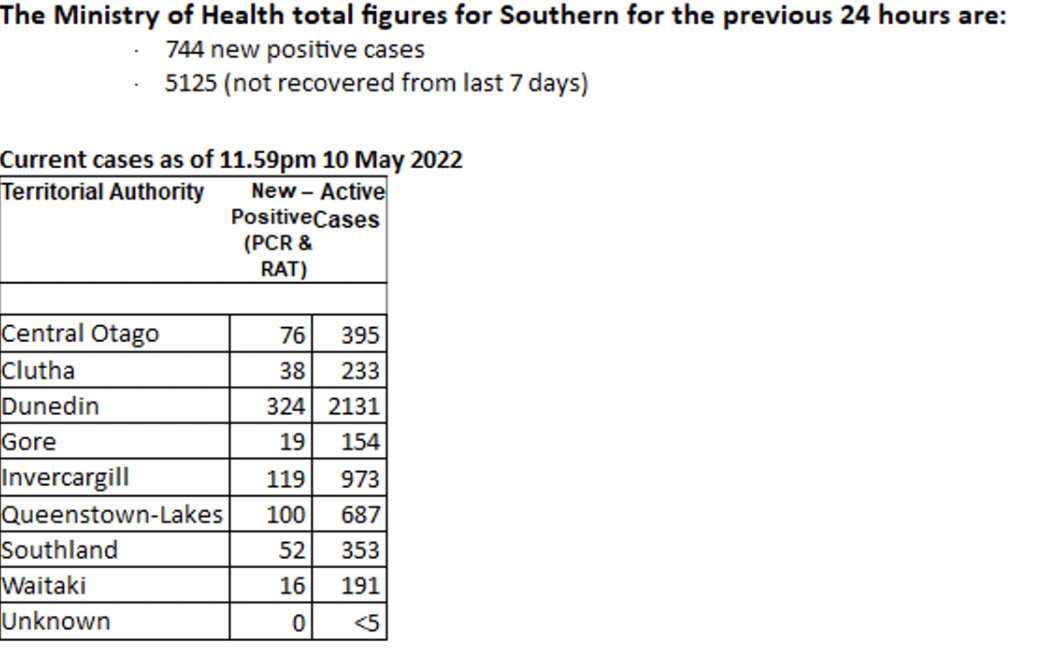 Please note, the Ministry of Health’s daily reported cases may differ slightly from those reported at a DHB or local public health unit level. This is because of different reporting cut off times and the assignment of cases between regions, for example when a case is tested outside their usual region of residence. Total numbers will always be the formal daily case tally as reported to the WHO. Due to the increased use of RATs and system lag issues there may be a discrepancy in the number of total active cases from the territorial authority breakdown.