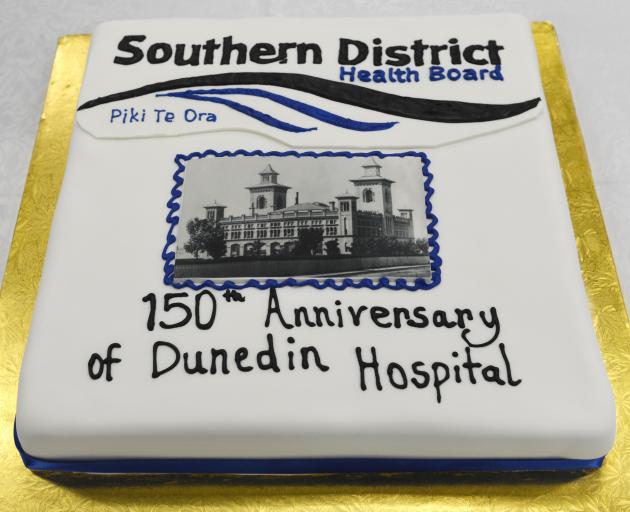 A ceremony in the hospital chapel was packed with past and present hospital and medical school staff.

In her speech, Mrs Grant said the first recorded complaint about Dunedin Hospital’s food was in the 1870s, when the soup was described as water flavoured with flour and pearl barley.

The audience at the event to mark 150 years of Dunedin Hospital on its current site.
Complaints about traffic noise emerged in the 1930s, and the 1960s saw the first funding row between Dunedin and Wellington.

"There is currency in all of these issues," Mrs Grant said.

She also emphasised what had changed. 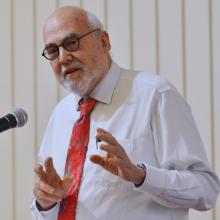 Prof Barry Taylor reflects on the relationship between the Dunedin School of Medicine and Dunedin Hospital.
Initially, the hospital’s alcohol budget was equal to the food budget as the former was doled out readily to patients.

Nursing care was not what it is today, as it was provided by "attendants" who were often former sailors.

The hospital was not a child-friendly place in the 1860s.

Children were not admitted to wards as it was considered "unfair" to adults.

Dunedin School of Medicine dean Prof Barry Taylor said it was fair to say the relationship between the hospital and the medical school had never been "totally smooth".

The medical school was established nine years after the Great King St hospital, in 1875, at the behest of a provincial governor who overruled the objections of local doctors who did not think the area was ready.

Prof Taylor said that political decision had proved of lasting benefit to Dunedin.

"Part of the current task is to persuade New Zealand that we’ve got something really special here that many countries spend billions of dollars trying to reproduce," he said referring to the debate about the relationship between the hospital and the medical school.

The first Dunedin Hospital was built on the site of the current town hall in 1851. As this was unsuitable, it moved to its current site in August 1866, admitting the first patient on August 27.