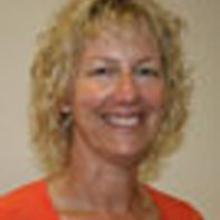 Joy Farley
A two-month intensive outsourcing programme will clear the biggest waiting lists at Southern District Health Board but change is needed so they do not build up again, a senior visiting health executive says.

Particular problem areas were urology, orthopaedics and general surgery, and it would include surgery "blitz lists".

"We can’t continue to be unsustainable into the long term.

"My comment to clinicians is we can’t just do one-off change or one-off initiatives. We have to do something different.

"What we don’t want to do is deal with the backlog and have that backlog occur again," Ms Farley said.

She was brought in five years ago to look at the southern surgery service. Changes she recommended were not picked up and she did not know why, she said. They included more day-clinic surgery to relieve pressure on main theatres. The board needed to find new ways of providing procedures, she said. Asked what was different now, Ms Farley said the chief executive and commissioner were "very focused and determined".

Prostate cancer patient Stephen Hoffman, of Dunedin, whose cancer worsened while he waited five months between first specialist assessment and surgery, said if he had been treated promptly he would have been back at work now. His seven-week wait for a biopsy would have been considerably longer had he not "pleaded his case" with the department.

By the time he had surgery, the tumour had grown on to the rectum.

"When you see your specialist, if he thinks you need a biopsy, you basically should be wheeled into the room right beside him and get a biopsy done."

He had surgery in July and would be off work until next year. Because of the delay he needed radiation treatment as well.  Affected prostate cancer patient Paul Schofield is forming a watchdog group to ensure patients’ voices are heard.

He said he had been put in touch with three Dunedin GPs who wanted to have input.

"The fact that [waiting lists] have built up either indicates awful inefficiency or lack of funding — one or the other.

"It’s OK having a blitz, that’s great, to catch up, but if you haven’t addressed the initial problems then  it’s just going to repeat itself," Mr Schofield said.