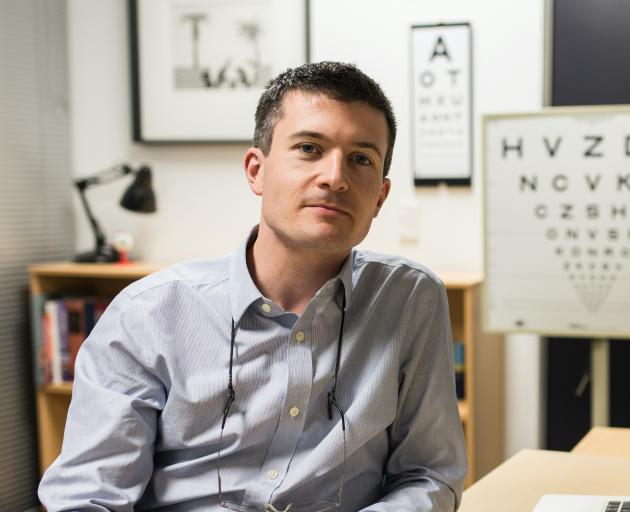 Dr Jesse Gale. PHOTO: SUPPLIED
When it comes to greenhouse gas emissions, many New Zealanders are likely to be surprised to learn that about 5% of our national emissions total comes from our healthcare sector.

University of Otago (Wellington) department of surgery and anaesthesia senior clinical lecturer Dr Jesse Gale said a surgical operation was similar in the level of emissions produced to those from a one-hour flight (one economy seat), or 62 litres of petrol. Reducing the carbon emissions of our most commonly performed surgical procedure could help in the fight against climate change.

More than 30,000 cataract operations were performed in New Zealand each year, and Dr Gale believed there were significant opportunities to reduce the carbon emissions they produced.

He and his colleagues calculated the emissions from 142 cataract operations, performed in the Wellington region over a three-month period, and found an average of 152kg of carbon dioxide equivalent (CO2e) was emitted per case.

Dr Gale said most of the emissions were from disposable surgical supplies, including gauze, dressings, gowns, gloves, tubing and medications.

The second greatest contribution was from patients and staff driving to hospitals.

"The problem is the consumption of such large quantities of disposable single-use supplies.

"While reducing waste is important, reducing consumption has the most impact on emissions."

Dr Gale said carbon emissions from cataract surgery varied widely between countries. They were considerably lower in southern India, where the estimated footprint was only 6kg of CO2e.

“In India they are reusing most of their surgical equipment and sterile packaging, they have very quick and efficient throughput, and they recycle much of their waste.

“It seems clear that the Indian systems are cheaper and better for the environment, while similar in quality.

“We need to reflect on the complex barriers that prevent New Zealand surgeons practising like Indian surgeons."

The purchasing of surgical supplies and equipment offered the greatest opportunities for reducing carbon emissions, he said.

“There is a strong appetite among surgeons for hospitals to move to more sustainable and less wasteful surgical practices.

“A recent survey in the US found many of the reuse and recycling practices of India would be acceptable to surgeons, if quality and safety were maintained."

New Zealand’s public sector was expected to become carbon neutral, and hospitals would need to begin auditing their emissions and taking steps towards reducing them, including purchasing low-emission services and supplies, he said.

“Pharmac’s upcoming role in bulk purchasing of surgical supplies represents a major opportunity to both improve the measurement of emissions related to procurement and to leverage reductions in emissions during negotiations with suppliers."