Midwife called to The Hague 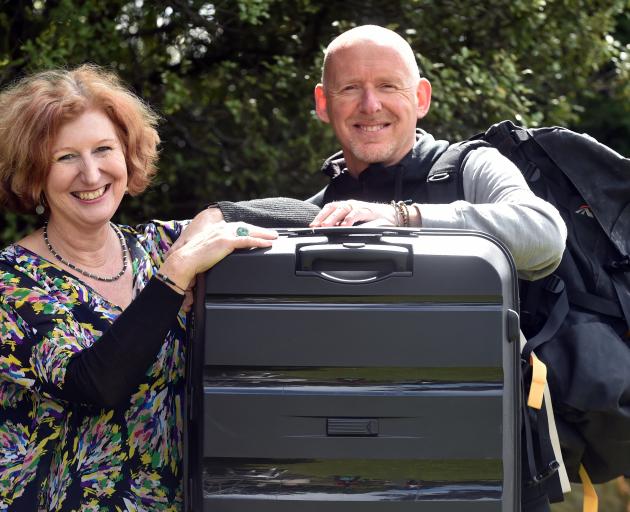 Sally Pairman and Michael Lucas are moving to The Hague for Dr Pairman's new job. Photo by Peter McIntosh.
A Dunedin midwife has been appointed to head the Europe-based International Confederation of Midwives.

Dr Sally Pairman will move to The Hague, in the Netherlands, this month to become chief executive of the confederation, which has 130 member midwifery associations from 113 countries.

Her husband, Michael Lucas, an intensive care nurse at Dunedin Hospital for 26 years, will accompany her.

The first New Zealander to lead the organisation, Dr Pairman took voluntary redundancy from Otago Polytechnic during a year of restructuring and high-level departures at the polytech.

She has been involved in the confederation at committee level and said she hoped to make the organisation more sustainable, partly by fostering stronger local initiatives, including in developing nations.

''Most of the projects will be around those [developing] countries, because that's where the donor money goes.

''But I think I'm going to take a few months to get my head around the whole thing.

''It's a big thing to go and live in another country.

''It's pretty exciting for us to have an opportunity to do something really different.

''The ICM's mission is to ensure that all women, irrespective of their economic status, have access to midwifery care and because millions of women throughout the world cannot yet take this for granted, there is a huge job to be done.''

Dr Pairman worked at the polytech for 30 years. When she left in September she had been a member of the senior leadership team for 10 years.

She believed she could make an important contribution because New Zealand had a midwifery-led maternity system, not the norm internationally.

''They've made claims that they can't make on the basis of the methodology that they used.''

The central finding of the study was that obstetrician or GP-led maternity care was safer.

''The whole thing was a set-up. You don't put out research like that, embargo it, have everybody teed up to be interviewed, use inflammatory headlines [in a press release], and not have an agenda.

''I think from the media perspective midwifery in New Zealand gets a bad rap. But ... the evidence shows that we have a really fantastic midwifery and maternity system in New Zealand.''

In a statement, the New Zealand College of Midwives said Dr Pairman had been closely involved in the development of the midwifery profession in New Zealand.

She was involved in the campaign that led to midwives gaining the right to practise autonomously through the Nurses Amendment Act 1990.

She was a founding member and later president of the New Zealand College of Midwives.

She was the first chairwoman of the New Zealand profession's regulatory body, the Midwifery Council, set up in 2003.