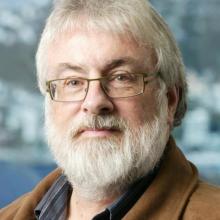 Labour has vowed to scrap National’s plan to use private financing for the $1.4 billion build, and New Zealand First campaigned against it.

Getting rid of the PPP removed a "distraction" but was not the only problem to fix in the rebuild, Mr Powell suggested.

The Southern District Health Board had no real say what was built, and Mr Powell said that needed to be rectified. Public funding of hospital builds was fraught, as boards paid large interest charges on public money, and the system needed an overhaul, he said. Mr Powell said he hoped to see tweaks in the health funding formula rather than wholesale change.

"His values are good and he has a good brain.

"I have no idea how streetwise he is, and certainly from what I’ve learned about health, you’ve got to be streetwise."

Mental health is likely to take a high profile, as Labour promised to make it a priority after National refused calls from campaigners for an inquiry.

"Jacinda, you have given assurance to the relatives of suicide victims that their voices will be heard when your government reviews mental health services when you are elected.

"Unfortunately you have never promised an inquiry unlike what some people may believe. There is a big difference between a review and an inquiry," Mrs Taylor wrote.

New Zealand Nurses Organisation Dunedin organiser Lorraine Lobb said the change of government was positive for nursing.  Nurses are in the early stages of a gender equity claim, which could have a big impact on pay rates.

"I’ve always been an admirer of Jacinda; she’ll run a good ship, I’m sure."

While NZNO was an apolitical organisation, "I have to say we’re pretty happy in our office today", Mrs Lobb said.

It was unclear how much of National’s so-called "social investment" framework would be retained, and she supported some of National’s changes.

However, she talked about her hopes for a change in how New Zealand "thinks about how it does community and how it does society".

Ms Black, whose organisation holds government contracts, said National had done some good things, such as making effective use of data technology to allocate funding.

The social sector in the South had effectively lost funding in the past nine years because of a lack of population growth, she said.

She  was keen to hear more about the regional development economic strategy to be led by New Zealand First.

"Not since Jim Anderton have we had somebody pay serious attention to that in government."

Otago University Students’ Association president Hugh Baird said the change was a win for students, who would see incomes rise and the seven-year cap removed from student loans.

Mr Baird said New Zealand First also had positive tertiary policies, so he did not fear major changes arising from the coalition negotiation.