In an unusual move, the country’s chief  archivist Marilyn Little has ordered the Southern District Health Board and the Ministry of Health to report to her about  their  record-keeping involving a multimillion-dollar dispute.

Using her powers under the Public Records Act, Ms Little’s "please explain" letters  follow assessment of a complaint  both organisations failed to keep track of some documents  in the dispute between the South Island district health boards and South Link Health. 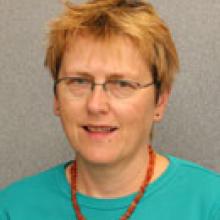 Ms Little said "as a prudent regulator" she did not exercise this power "very often".

The complaint came from former Otago Daily Times health reporter Elspeth McLean, who had been seeking  access over several years to official information on the dispute.

She became concerned about confusion over who held documents, where and what some of them were, and why some could not be readily located in complete form.

In its assessment, Archives New Zealand said the DHB and Ministry of Health’s responses to the then ombudsman Prof Ron Paterson over some of the issues raised by Mrs McLean "indicate prima facie a lack of adequate control of records".

(Prof Paterson had been investigating complaints from Mrs McLean about Official Information Act request refusals by both the ministry and the board.)

It also said the DHB’s apparent failure to maintain some records in an accessible form would be "consistent with our knowledge of the record-keeping practices of SDHB from its 2012-13 record-keeping audit, which identified a number of areas requiring improvement".

The assessment noted, however, that Archives New Zealand had not set clear expectations of improvement at that time.

In April this year the DHB called it quits on the dispute over $5.27 million (which may have ballooned to  about $15 million with interest) in savings South Link Health made on contracts it held with the Regional Health Authority, and later South Island DHBs,  between the mid 1990s and 2008.

South Link Health maintained it had approval to spend the savings but the boards, represented by the Southern DHB, disagreed.

The  board tried unsuccessfully to reopen negotiations with SLH after the Serious Fraud Office announced last year it would not be conducting a substantive investigation into the matter, or referring it elsewhere.

(The DHB had referred the dispute to the SFO after it sought advice from forensic investigation firm Beattie Varley Ltd. For more than three years before that, the dispute had been with the Ministry of Health’s audit and compliance unit, which had been asked to investigate and provide recommendations to the board on the matter.)

Ms Little said it was Archives New Zealand’s responsibility to ensure full and accurate records were created and maintained to inform the actions and decision of public offices and to allow external parties to hold public offices to account.

The Act also required these records  must be maintained in an accessible form so they could be used for "subsequent reference".

She is asking the DHB to outline the systems and processes it had for managing records relating to the SLH dispute and whether these differed from its standard approach.

Some of the confusion has been about what records were held by the Ministry’s audit and compliance unit in Christchurch and later rescued from the earthquake-damaged Charles Luney House.

Archives New Zealand said the confused picture about these records "indicates a possible failure to create and maintain records in accordance with normal, prudent business practice and to maintain accessibility before the earthquake damage".

Ms Little has asked the ministry to clarify "to the greatest possible extent" what records on the dispute were held by the ministry at the time of the February 2011 earthquake and could not be recovered.

Ms Little has also asked the DHB to clarify what records about the dispute were sent to the ministry.

Ms Little said Archives New Zealand would be working with both organisations to identify deficiencies, if any, and to follow up any remedial actions that may be required.

The DHB has not yet responded to specific questions about Ms Little’s directive and earlier issues identified by Archives New Zealand.

Acting chief executive Lexie O’Shea issued a brief statement saying "this was an historic and complex issue" and the board was in contact with Ms Little and would await her advice on the board’s record-keeping obligations.

He said the public could have confidence in the ministry’s record keeping.

The 2014 audit by Archives New Zealand found it had mature record-keeping capability in the areas of planning, resourcing, training, reporting, retrievability and security, and disposal and transfer.

The activities in which record-keeping capability is developing, but not quite fully mature were identified as creation and capture, and maintenance and storage, Mr Knipe said in an email response to a request for comment.

• After Mrs McLean made her original complaint to Ms Little in March, the DHB advised in May it could not find the 2010 email from chief executive Brian Rousseau that referred the dispute to the Ministry of Health’s audit and compliance unit.

It later sourced the email from the ministry and provided it.

- This report was written by Mrs McLean, former health reporter for the Otago Daily Times.

D.H.Bs can be strange with letters. I was sent one inviting me to talk of resthome concerns - when I got there they would not talk on the very matter.