A pair of Otago academics have argued for cannabis-based medicines to be subject to the same rigorous standards as other medicines. Photo: Getty
When the government finalises its medicinal cannabis scheme it needs to clearly define what "medicinal'' cannabis is, University of Otago academics say.

The Misuse of Drugs (Medicinal Cannabis) Amendment Bill, passed by Parliament in December, introduced an exception and a statutory defence for terminally ill people to possess and use illicit cannabis.

It also gave the Government a year to draft regulations for a medicinal cannabis scheme.

In the latest edition of the New Zealand Medical Journal, Otago academics Prof Michelle Glass and Associate Prof John Ashton, of  the departments of pharmacology and toxicology, have argued for cannabis-based medicines to be subject to the same rigorous standards as other medicines.

"Cannabis is not a single entity but a diverse range of related substances and products all referred to as 'cannabis' in popular usage,'' they said.

"Which of these may be considered a medicine depends on precisely how the product is constituted.''

Cannabis, on the other hand, could be one of several plant species and the amount of its active ingredients cannabidiol (CB) and tetrahydrocannabinol (THC) could vary widely.

"Uniformity is a central feature of medicines, but concentrations of CB and THC in cannabis plants vary widely.

"THC concentrations in cannabis sold on the recreational market are high and increasing; in contrast CB content is purported to be higher in medicinal cannabis''.

Patients were vulnerable and often immune compromised, so active ingredients in any medicine prescribed to them needed to be controlled and carefully labelled, the authors said.

"The quality control rigours for classification as a medicine . . . are safeguards that should not be compromised or redefined without a careful consideration of the consequences, many of which could be unintended.'' 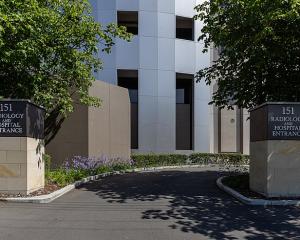