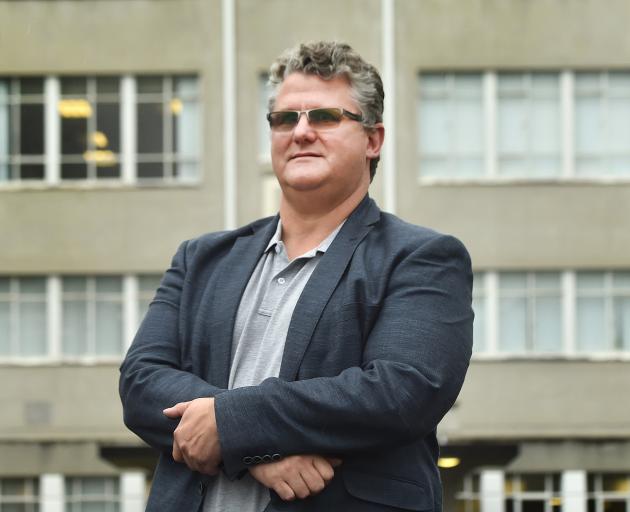 SDHB interim quality and clinical governance solutions director Hywel Lloyd. PHOTO:PETER MCINTOSH
The Southern District Health Board has pledged to reduce the number of people who suffer some kind of harm while in its hospitals.

Just 13 of the 20 DHBs, including the SDHB, monitor hospital acquired complications (HACs): those include complications from surgery, infections, failed grafts and illnesses such as pneumonia contracted while in hospital care.

The SDHB ranked 8th out of 13, a rating it hopes to improve markedly.

"Hospital acquired complications are a concern for all hospitals, patients, and staff," he said.

"They cause harm to patients, additional workload, and stress to staff, as well as these patients occupying much-needed bed days."

Southland Hospital has historically performed better than Dunedin, but in the last survey recorded a "red" rating of 2.1% of admissions being problematic.

Dr Lloyd said Southland’s lower patient numbers meant some indicators could move markedly due to a few incidents, but it was still something that needed to be addressed.

Both hospitals needed to up their game to prevent medicine complications and perineal lacerations.

Some specialist areas had regular discussions about patient safety and HACs but others were less focused on the issue, Dr Lloyd said.

A "patient safety dashboard" had been developed which could display HACs by specialty and/or ward, so each department knew how it was performing.

"The patient safety dashboard will provide the key metrics for services, wards and departments to support their quality and safety work to reduce their HACs," Dr Lloyd said.

Checklists were being trialled in several departments and greater investment had been made in infection prevention and control.

Other proposed initiatives included a "patient safety walkabout" in each ward to identify areas of patient risk, and encouraging both junior medical staff and patients’ friends and family to report potential safety issues.