Ms Beekhuis has made several strongly-worded statements against mandatory Covid-19 vaccinations, and last week voted against an SDHB Board resolution congratulating staff for the region reaching 90% of first doses.

Her position became untenable this morning after Radio New Zealand reported that Ms Beekhuis had emailed Countdown supermarkets, naming herself as an SDHB member, to protest its considering mandatory vaccination of staff.

"I have decided to resign from my elected position with the Southern District Health Board,'' she said in a statement.

"I remain passionate about the health and wellbeing of the community, and have been privileged to work with many similarly committed people over the past two years in my role.'' 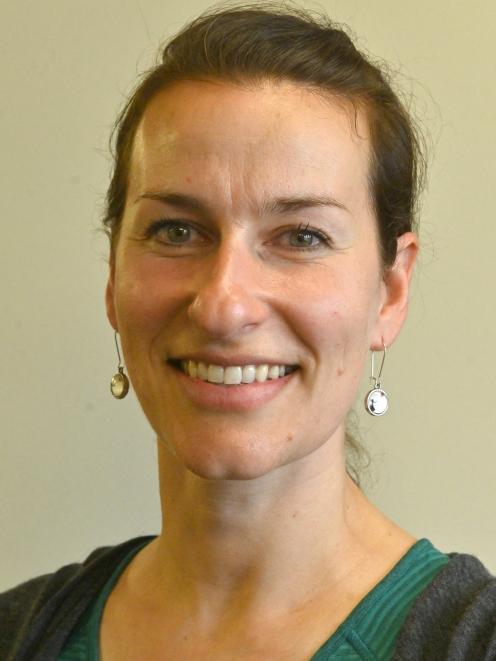 She shared many of the views of the health board but not all, and had recently not been able to reconcile these positions, she said.

"This is a personal decision and I will not be making further comments about this matter.''

Board chairman Pete Hodgson said he had accepted Ms Beekhuis' resignation, and that he had thanked her for her many contributions on a range of important health topics over the past two years.

"These are challenging times and as a health board it is important that we are able to show leadership and teamwork in pursuing the most important tool we have available to us to protect our communities against Covid.

"Therefore her decision to resign is the correct call to make.''

RNZ reported this morning Ms Beekhuis was one of several people who used a leaked email address to criticise Countdown supermarkets for considering having all of its workers vaccinated.

The email was set up to seek staff feedback on a proposal to require all the grocer's employees to be vaccinated by mid-January.

Countdown said there had been a "large" number of unsupportive - "and often abusive" - emails from members of the public after the feedback email address was shared outside of staff.

Retail New Zealand chief executive Greg Harford said it was not appropriate for the public to weigh in on talks between a private company and their staff.

One angry message to the supermarket was from Ms Beekhuis, who made it clear in her email to Countdown, and obtained by RNZ, that she thought vaccine mandates should not exist.

In the email to the supermarket she used the weight of her elected position as a board member of the SDHB to voice her opposition to mandated vaccines.

"I'm writing, as a publicly-elected official of the Southern DHB, to say that it's abhorrent that you would enforce a vaccine mandate on your staff. It's completely amoral, unethical, and medically unnecessary," she wrote.

Despite pointedly using her job title in the email, Ilka Beekhuis told RNZ she thought she had "made it clear" she was speaking in a personal capacity.

"It was my mistake," she said. "I should have written down that that was my opinion alone and not that of the DHB."

RNZ called her to ask if she could elaborate on why she mentioned her DHB role but she would only do so over email, saying: "I don't like responding over the phone".

Beekhuis did respond to RNZ's emailed questions on Wednesday - including why she mentioned she was a board member.

She said in her "official capacity" her "voice carries more weight".

"I represent an opinion that is otherwise unheard."

She said she supported the choice to get vaccinated but doubled down against any mandating, saying it created division.

However, the Ministry of Health confirmed in a press released today its vaccination figures show almost 90% of New Zealanders aged over 12 years have now had their first dose and 80% are fully vaccinated.

The SDHB also confirmed yesterday that as of Monday 95% of all SDHB staff had had a first dose of the Covid-19 vaccine and 92% were fully vaccinated.